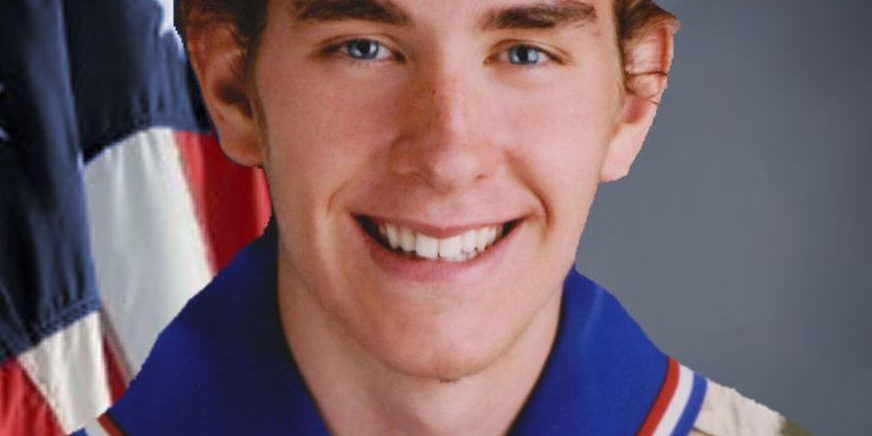 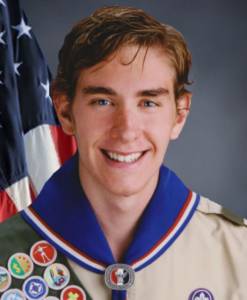 ROSEMEAD, CA. – March 9, 2018 – The Duarte Elks Lodge #1427 has awarded Bosco Tech senior Grayson Wade its Most Valuable Student Scholarship, along with two other local high school students. He was honored at the lodge’s Youth Night dinner on March 8 and is now a candidate for further recognition at the Elks’ district level.

In addition, Wade has been honored for his exemplary volunteer service with the President’s Volunteer Service Award, granted by the Prudential Spirit of Community Awards program. The award recognizes Americans who have volunteered significant amounts of their time to serve their community and their country.

Wade, who is an honor student enrolled in Bosco Tech’s Architecture & Construction Engineering (ACE) program, annually organizes a massive, community-wide drive to gather gift-filled shoeboxes for the Samaritan’s Purse global Operation Christmas Child efforts. To date, he has been instrumental in contributing more than 3,700 fully-stocked boxes and raising more than $38,000 in shipping costs since he began his efforts eight years ago.

Additionally, the Monrovia resident has served as president of Bosco Tech’s National Honor Society chapter, is a Bosco Tech Ambassador, and has earned the Boy Scouts of America Eagle Scout ranking. The certified lifeguard has taught swim lessons through Monrovia’s MAX Aquatics and has participated in and raised funds for USC’s Swim with Mike Fundraiser that provides scholarships for physically challenged athletes. Later this month, Wade will be honored by the Archdiocese of Los Angeles when he is awarded its annual Christian Service Medal for his outstanding service to his school and community.

“Students like Grayson personify the mission of Bosco Tech,” said Jeff Krynen, Bosco Tech Assistant Principal of Curriculum and Instruction and ACE chairman. “In addition to undertaking a demanding college-prep, STEM-driven curriculum, they are encouraged to think beyond the day-to-day and become young men who are actively committed to helping others. We’re so pleased Grayson has been recognized for his exemplary commitment to his community.”

Bosco Tech is an all-male Catholic high school that combines a rigorous college-preparatory program with a technology-focused education. The innovative curriculum allows students to exceed university admissions requirements while completing extensive integrated coursework in one of several applied science and engineering fields. The school boasts a four-year college acceptance rate of 100 percent and approximately 75 percent of Bosco Tech graduates have careers in STEM-related fields. Visit www.boscotech.edu or call 626-940-2000 for more information.