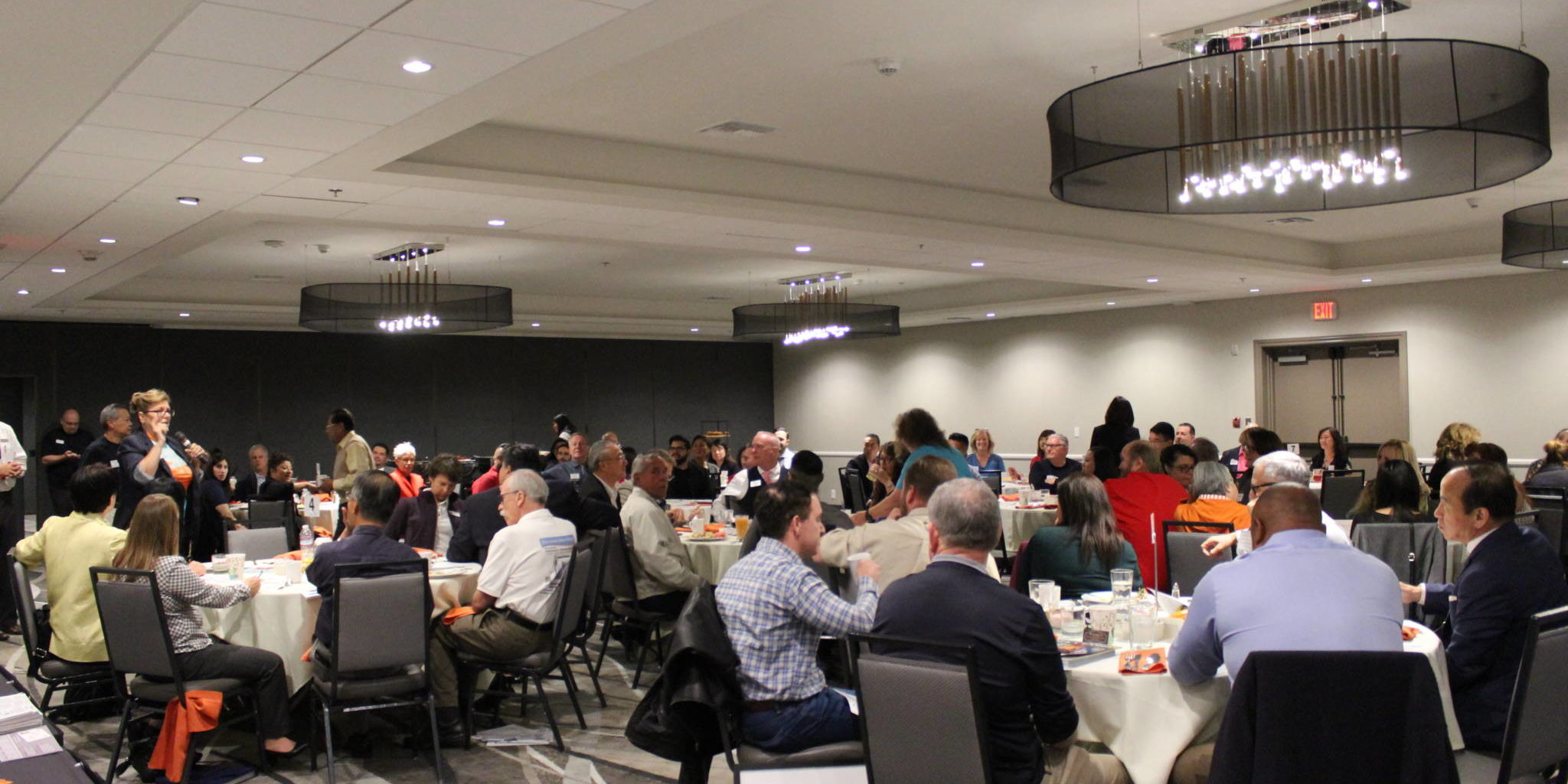 The October Rise & Shine at the Embassy Suites Arcadia, was a busy morning filled with returning and new members each with a new activity occurring in the holiday season. MJ Finstrom of HUTdogs used her time to talk about the upcoming and much anticipated Halloween Harvest Festival, with a schedule full of family friendly activities its sure to be a great Saturday (October 27, 2018). As the weather begins to cool in the coming months, as Rosa Jaime would put it, there is no greater comfort than tea, otherwise known as a hug in a cup. 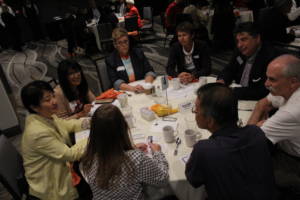 No gesture better illustrates your love for those you care about then taking them out to tea at the Four Seasons Tea Room. In between September and November is swarming season for Termites and thus we are in the midst of the worst of it, if your home isn’t yet protected it might be time to make a call to Martin Ramos of Nicomite.

Mario Cornejo of British Swim School expressed in his presentation that when it comes to drownings; they can happen to just about anyone, they’re for the most part silent and the saddest truth is that the number one cause of accidental death of children between 1 and 4 is drowning. While it seems that just through keeping a watchful eye would prevent this, the statistics show that 70%, meaning more than half, occur while in the care of one or both parents. The team at British Swim School has made it their mission to prevent tragedy from occurring, and when you talk to Mario of Angelica you can tell safety is of their highest concern. The greatest recommendation British Swim School can provide is to develop a Water Watcher system when children are in the pool. This Water Watcher has a top priority of vigilence, which entails no distractions. When it comes to pool safety the basic safety skills must be treated as a prerequisite. For more information on signing up with British Swim School please call Mario or Angelica Cornejo at (626) 623-3017. 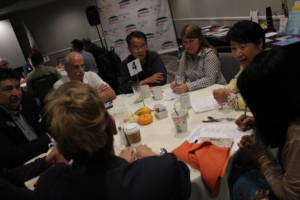 Vicki Knight of Century Rooter thanked Merlyn Froyd of Thorson Auto for helping her buy the perfect automobile for their business.

Dan Hanley of Casa of Los Angeles thanked Jennifer Stone of Imprintability for getting great promotional material for his business.

Steve Sciurba of the Kensington thanked Anne Marie Atwan of Story Tailors for bringing a great show to their event. 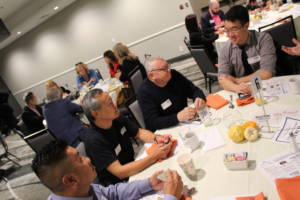 Anne Marie Atwan of Story Tailors thanked Rosa Jaime of Four Seasons Tea Room for the opportunity to be Santa at her Tea Room. 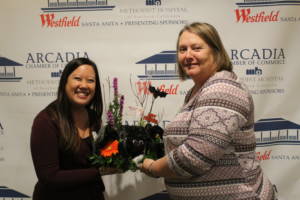 Tracy Wilke of G.H. Wilke donated a pair of Silver Earrings which was won by Ruth Barron Cabrera’s Mexican Cuisine 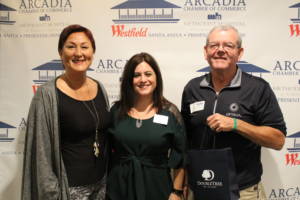 Danielle Johnson of DoubleTree Monrovia donated a Tin of DoubleTree Cookies which were won by Bobbie Fisher of One Love One Tribe, and Clark Purdy of Optavia

Sharon Villabos of Mary Kay Cosmetics donated a man’s shaver which was won by Loretta Vigil of Chefelle.

Vicki Knight of Century Rooter donated 25 to Starbucks which was won by David Lamb of ACTnow First Aid and CPR.