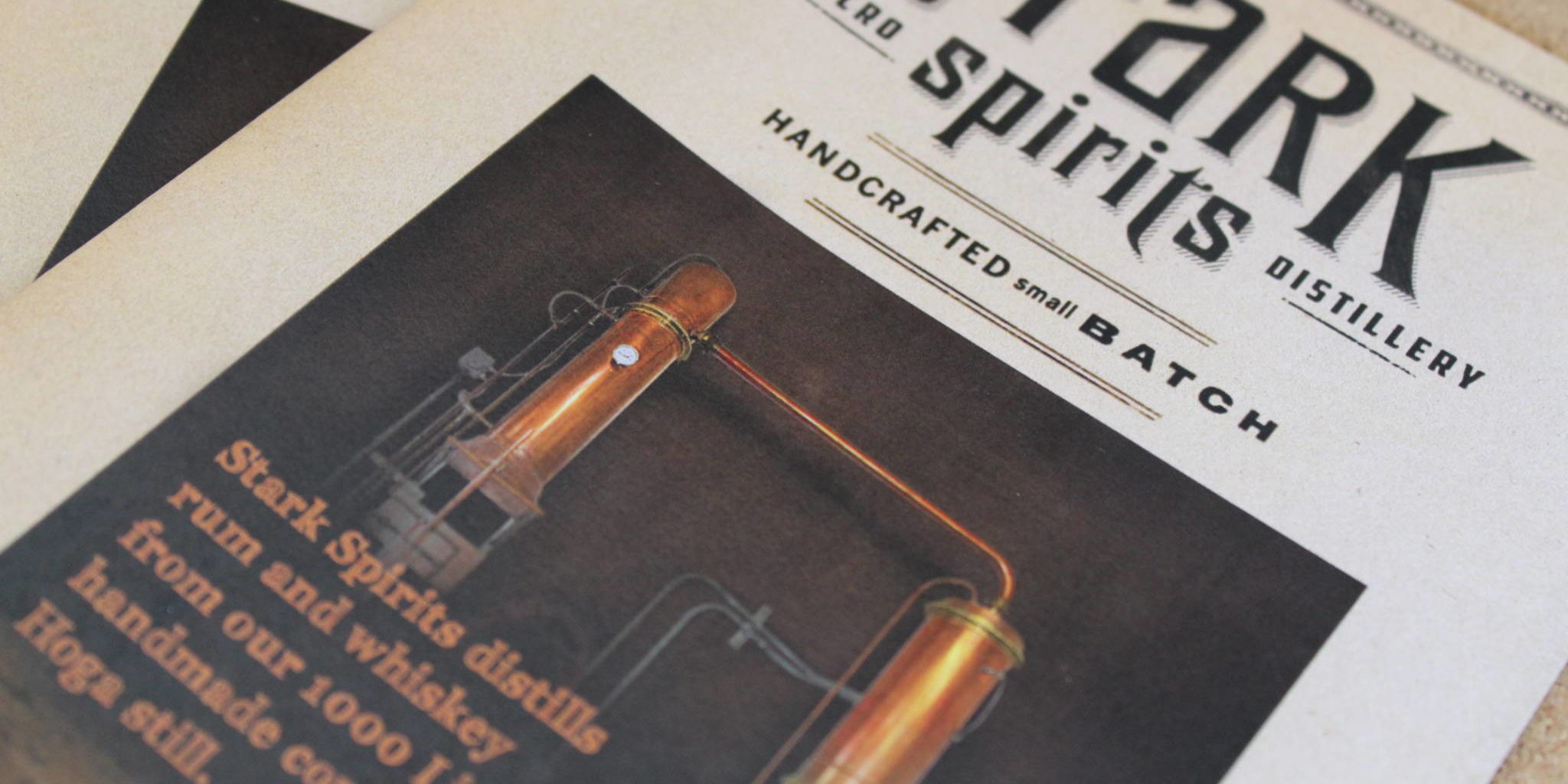 Strength is in the character.  This is the motto of Stark Spirits, the first micro-distillery in Pasadena.  Head down the street from the Rose Bowl to the Business Park of Pasadena and there you will find husband and wife team, Karen and Greg Stark, owners and distillers, who work out of a 1200 square foot space to create the best in handcrafted small-batch liquors around.  Small but impressive, Start Spirits lives up to its motto. 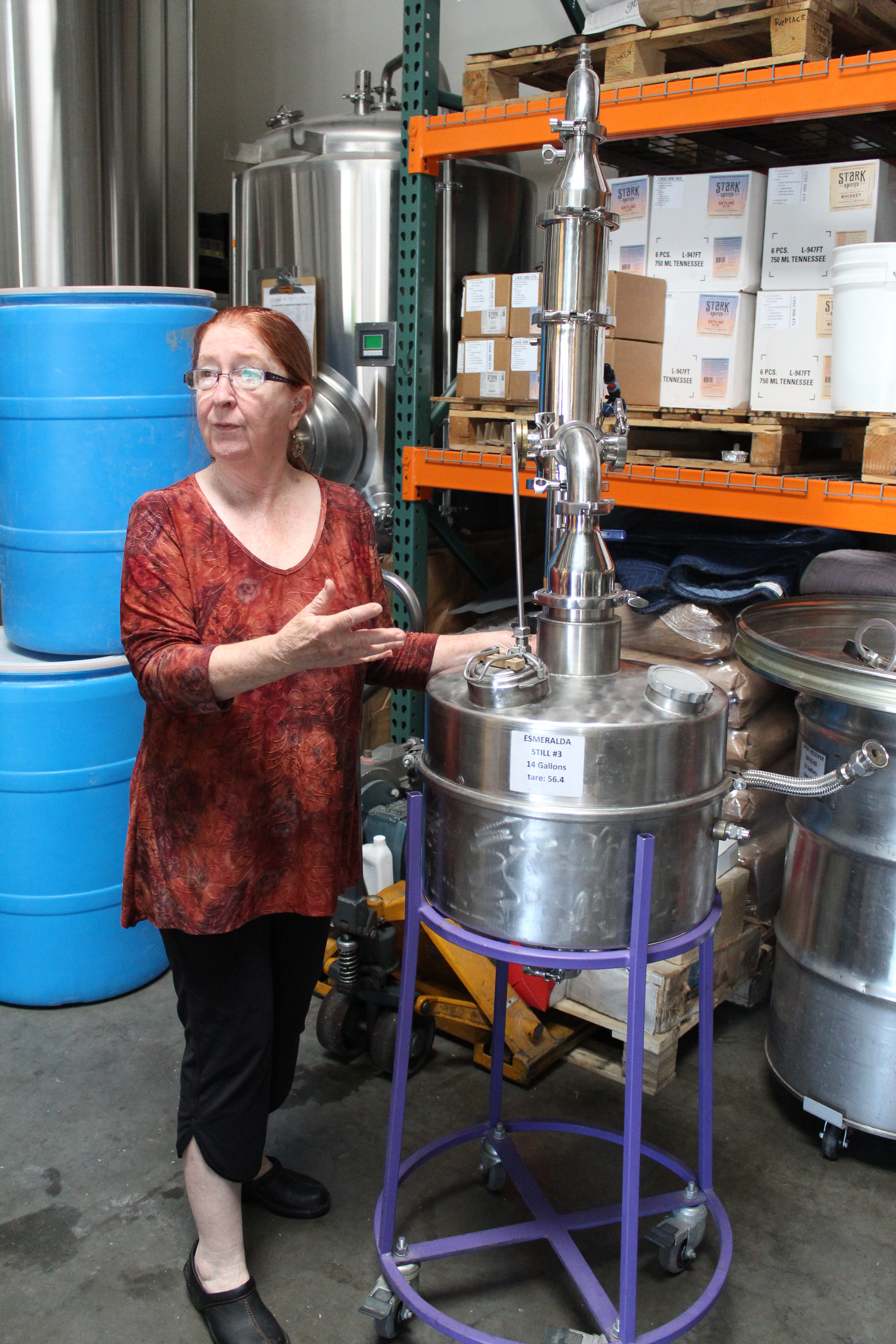 Stark Spirits began in 2013 but did not fully come in its own until over a year later, once construction was completed and permits were granted. Greg Stark brewed excellent quality beers as a hobby, and so, after finding themselves unemployed, they turned to distilling.  Now their line of fine quality spirits have won many gold, silver and bronze awards in state, national and international competitions.  Their spirits include both California-style and peat whiskey, light and dark rum, along with 151 rum, aquavit, and gin, along with their unique orange brandy, aptly named Sunshine. 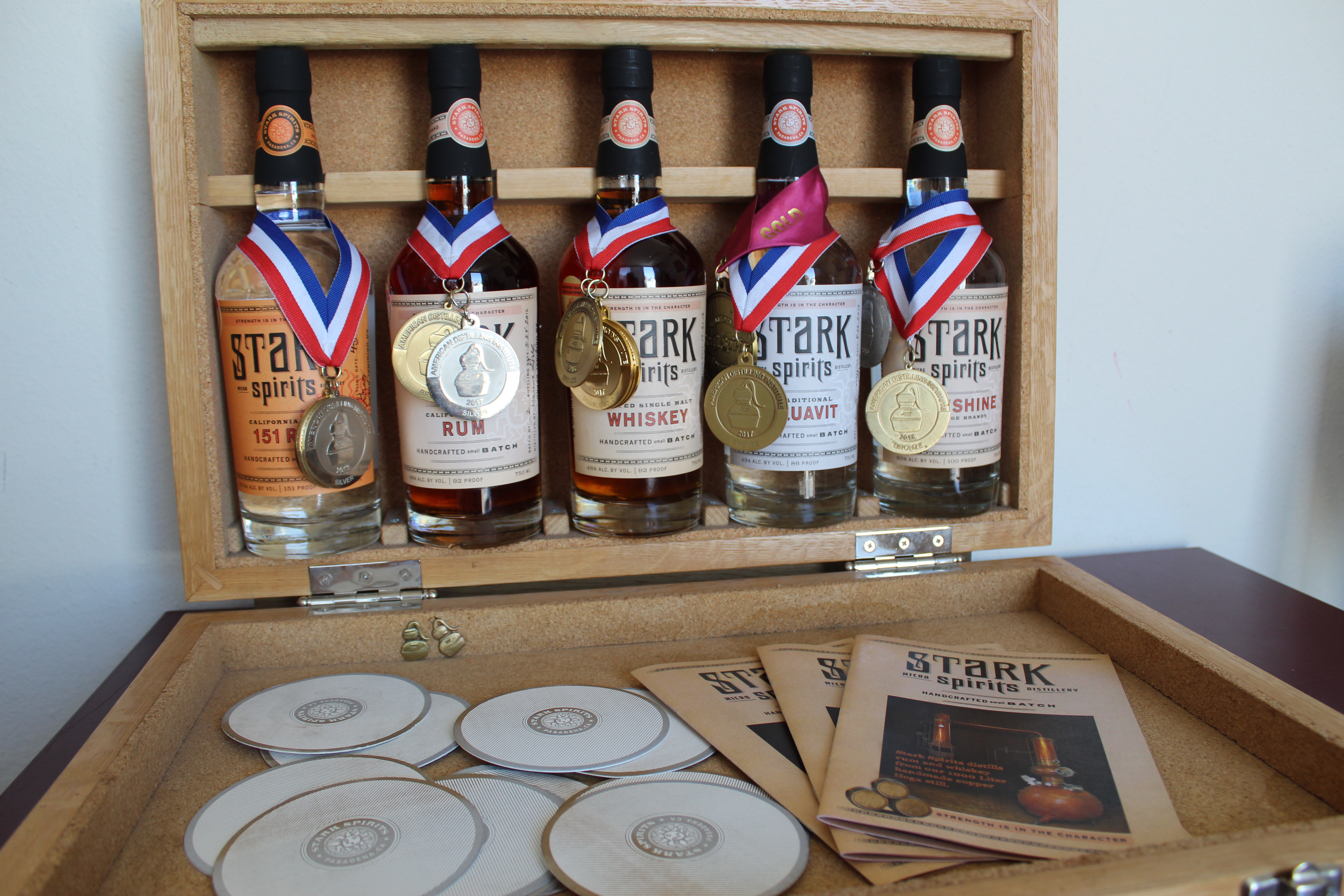 “A bottle from Stark Spirits always contains a taste of adventure in the California sun,” and a taste of Sunshine is exactly that!  Their peated single malt whiskey is made using peated Scottish malt, with a solid peat balance that is just enough so it does not overpower. Stark’s California single malt whiskey stands up against the best, is double distilled and aged in oak barrels, with a rich malted chocolate and roasted coffee finish. California gold, silver and 151 rums all have unique characteristics, and the 151 is perfect for flaming.  Skyline gin is distilled in a traditional manner but is not juniper forward, like a traditional gin, perfect for a gin martini.  Aquavit is traditionally produced in Scandinavia, but Stark’s aquavit is made from a family recipe and is caraway forward with a hint of pepper.

Karen and Greg are happy to give FREE tours of their small but efficient distillery, explaining the process of creating their amazing liquors step by step, including an introdu 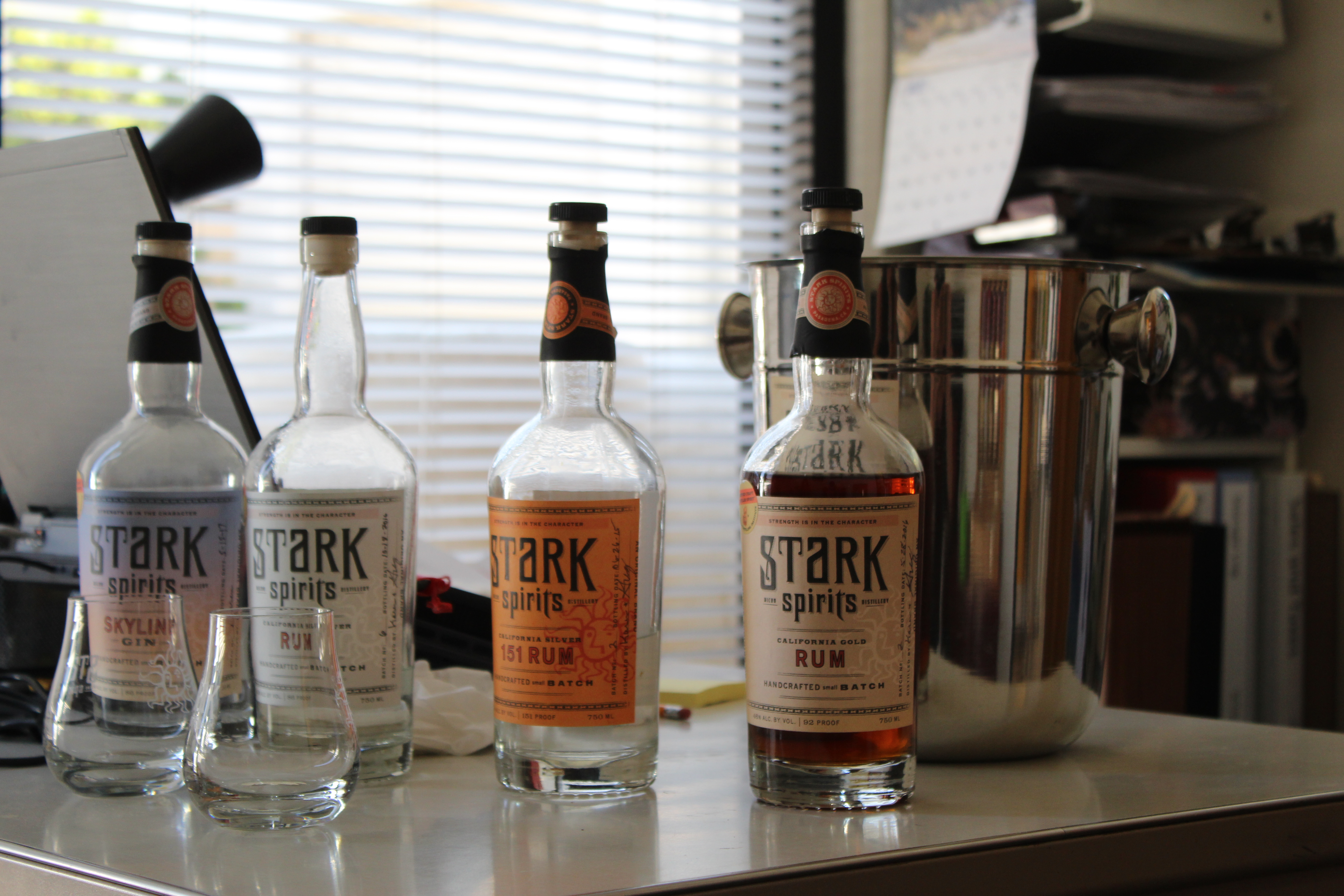 ction to their 1000 liter handmade copper Hoga still, the Dragon, in which they distill their award winning whiskey and rum.  Then meet their smaller still they affectionately call Esmeralda. Karen is very proud of the Skyline gin she creates, while Greg is the master distiller. Stick around afterwards for a taste and enjoy the company of Karen and Greg Stark and hear their story.

Stark Spirits can be found locally at Mission Wine and Spirits, Everson Royce, the White Horse Lounge, and many other locations around the Los Angeles area and beyond.

Get 50% Off Sopa de Tortilla Every Wednesday in October at Cabrera’s
September 28, 2022

Celebrate Arcadia’s Culinary Past and Present with “Arcadia Eats,” presented by the Arcadia Public Library
September 27, 2022
Go to Top
Translate »