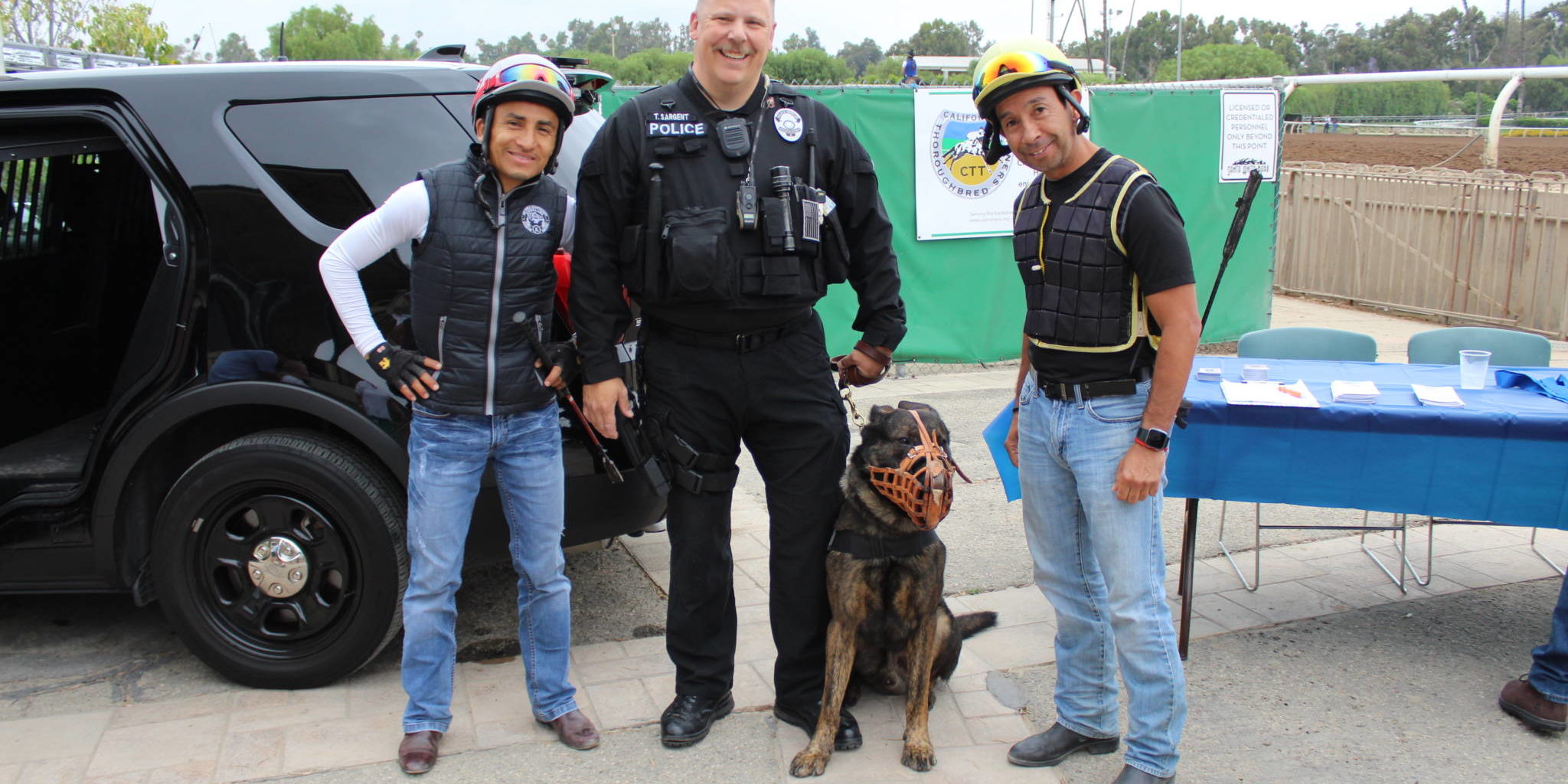 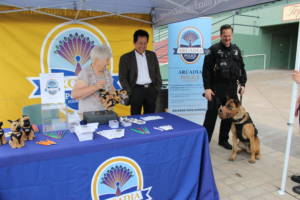 teamed up with Santa Anita to do an official presentation of the Police Department’s K-9 officers, Zoli and Kota.  Zoli, a German Shepherd-Malinois mix is trained as a drug sniffing dog, while Kota, a Dutch Shepherd with beautiful coloring, is specially trained as a bomb sniffer.  The Foundation set up a table with information, hosted by famed Arcadia Historian Carol Libby, Karen Hou of the Arcadia Historical Society and Sue Cook of Podley Properties. Arcadia’s Mayor Sho Tay also spent some time in the booth. The display also included stuffed dogs in representation of both Zoli and Kota, which can be purchased for $100 as a donation to the Foundation; they also gave away trading cards, stickers and other information on the Foundation itself.  Arcadia’s Senior of the Year Mary Hansen is the brainchild of the Arcadia Police Foundation and fronted the funds for Zoli, who was the first purchase of the Foundation. 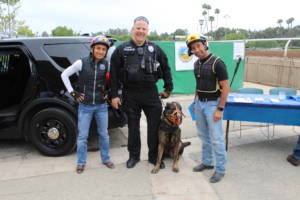 The specially trained dogs first posed for pictures with guests and some of Santa Anita’s jockeys, including Rafael Bejarano, Jose Verenzuela and Brice Blanc, then guests were treated to a full tour of the grounds, including the stable area, paddock and jockey’s room.  Some guests took time to pose with the life size Seabiscuit statue in the walking ring before heading over for a demonstration of the dogs’ abilities.

Officer Joe Sargent, handler of Kota, and Josh Foulks, handler of Zoli each spoke on the different tactics and training for their individual dogs.  Zoli then showed off his basic obedience skills before giving a drug sniffing demonstration, rounding a van brought in specially for the event and indicating to his handler where the items were hidden on the outside of the van.  He then showcased his agility by jumping in the back of the van through an open window and continued to indicate more items.  Guests laughed at his insistence in trying to get his handler to pay attention then, after his success, he was given his favorite toy as reward: a yellow ball that he and his handler then played with.  To Zoli, working is a game, and Officer Foulks explained the dog’s high play drive was essential to his becoming a great K-9 officer.  Kota has an equally high play drive and was eager to get to work, sniffing out planted items in the bushes as guests watched.  Zoli’s play drive was apparent prior to the demonstration when Mayor Tay held up a stuffed Zoli to grab the dog’s attenti 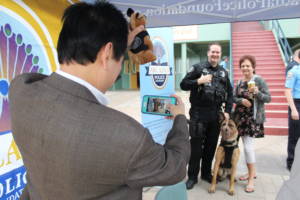 on, and Zoli’s keen interest in the toy showed in his intense gaze. 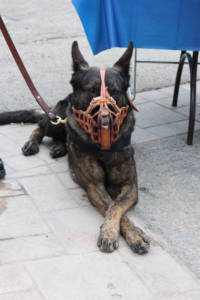 The Arcadia Police Foundation hopes to continue to raise funds for the care of the dogs, for new equipment to ensure their safety and, perhaps in the near future, for a third dog.  Keep an eye on their Facebook page for more info and upcoming events! 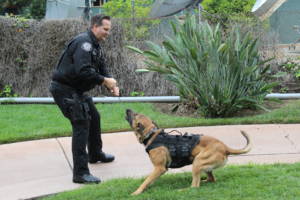