Coalition for Renewable Natural Gas: renewable gas can create up to 130,000 CA jobs

NEW STUDY SHOWS RENEWABLE NATURAL GAS IN TRANSPORTATION CAN CREATE UP TO 130,000 JOBS AND GENERATE NEARLY $14 BILLION IN ECONOMIC BENEFITS FOR CALIFORNIA

LONG BEACH, Calif., May 1, 2017—A new jobs study reveals that deploying trucks fueled by renewable natural gas could create up to 130,000 new jobs and add $14 billion to California’s economy. The ‘RNG Jobs Report’ examines the economic potential of fueling heavy-duty trucks with renewable natural gas produced in California, instead of being powered by petroleum-based diesel. The study was released jointly today by the Coalition for Renewable Natural Gas (RNG Coalition) and the California Natural Gas Vehicle Coalition (CNGVC) at the Advanced Clean Transportation (ACT) Expo, the nation’s largest alternative, clean-fleet trade show.

A switch to renewable natural gas trucks could quickly help California achieve its air quality, greenhouse gas emissions, and climate change-related goals, the two coalitions say.  More than 95 percent of the trucks on California roads currently use petroleum-based diesel fuel and are a major source of particulate, nitrogen oxide (NOx) and GHG emissions. In Southern California, the heavy-duty trucking sector is the single largest source of NOx emissions, which combine with other pollutants to form both ground-level ozone and fine particulates, also known as PM2.5. Those pollutants are responsible for a wide range of health impacts from exacerbating  asthma to premature deaths. In fact, the ports and related goods-movement activity emit more than 35 percent of all smog-forming pollutants in the region.

Renewable natural gas (RNG or Biomethane) is produced from methane captured as organic materials decompose in renewable waste streams, including from dairies, agriculture, landfills, and wastewater treatment plants. By capturing and converting methane for use as a substitute or blended fuel, transportation companies and fleets can reduce their greenhouse gas (GHG) emissions by as much as 70 percent.  The latest heavy-duty renewable natural gas engines reduce NOx emissions by 90 percent, according to the U.S. Environmental Protection Agency. 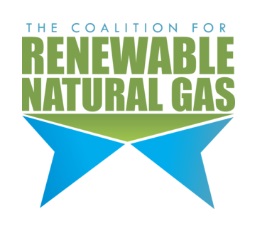 “This study affirms what we have been advocating–increased production, deployment and utilization of RNG not only realizes significant benefits for our environment, but for our economy as well,” said Johannes Escudero, Chief Executive Officer of the RNG Coalition. “Our industry is eager to develop new projects, create additional employment opportunities and supply the heavy-duty truck sector in California with renewable natural gas—the lowest carbon-intense transportation fuel commercially available.”

“We recognize the importance of ensuring not only we clean up our air,” said Thomas Lawson, CNGVC President, “but that when evaluating alternative solutions, we also consider the impact on our economy. This study shows that renewable natural gas deployed in natural gas vehicles, will not only improve our air quality, but serve as an economic engine for all Californians, too.

The newest heavy-duty natural gas engines are well-suited for transit and refuse applications, and big enough to haul freight. As large as 9 liters with 320 horsepower, the engines are certified by the California Air Resources Board at “near-zero” emissions levels, equivalent to a 100 percent battery truck. A 12-liter near-zero engine with 400 horsepower, specifically designed for heavy-duty trucks, is slated for production later this year.

The study, produced by ICF, reflects options to deploy low NOx natural gas trucks in various applications and vehicle classes through 2030. The number of trucks considered is linked to one of two strategies:

As shown in the chart below, switching to natural gas trucks fueled by RNG at the two San Pedro Bay Ports in Southern California would add more than 23,000 jobs and $2 billion in economic benefits.  A state-wide solution that includes the Air Resources Board’s mobile source strategy would result in up to 134,000 jobs and $14 billion in economic benefits.

About the Coalition for Renewable Natural Gas

The California NGV Coalition is an association of natural gas vehicle and engine manufacturers, utilities, fuel providers and fleet operators serving the state.  Its members are united in the belief that wider adoption of clean-running NGVs—a proven technology in use worldwide—is key to helping California reduce greenhouse gas emissions, air pollution and petroleum dependence. The Coalition is the industry’s premier advocacy organization in California, supporting new initiatives, providing up-to-date information on NGV technology and market developments, and working with legislators and regulators to develop policies that will increase alternative fuel and vehicle use. The Coalition also advises stakeholders on testing and demonstration programs and helps NGV-related businesses break into the California market.

Register Today for the City of Hope and City of Arcadia free Breast Cancer Prevention Webinar
May 14, 2021

Social Security Admin Outreach to Vulnerable Populations During the COVID-19 Pandemic
May 14, 2021

Supervisor Barger Reaches Out to Federal Agencies for Help Preventing Illegal Fireworks
May 13, 2021