44th Annual Mayor’s Community Breakfast and State of the City 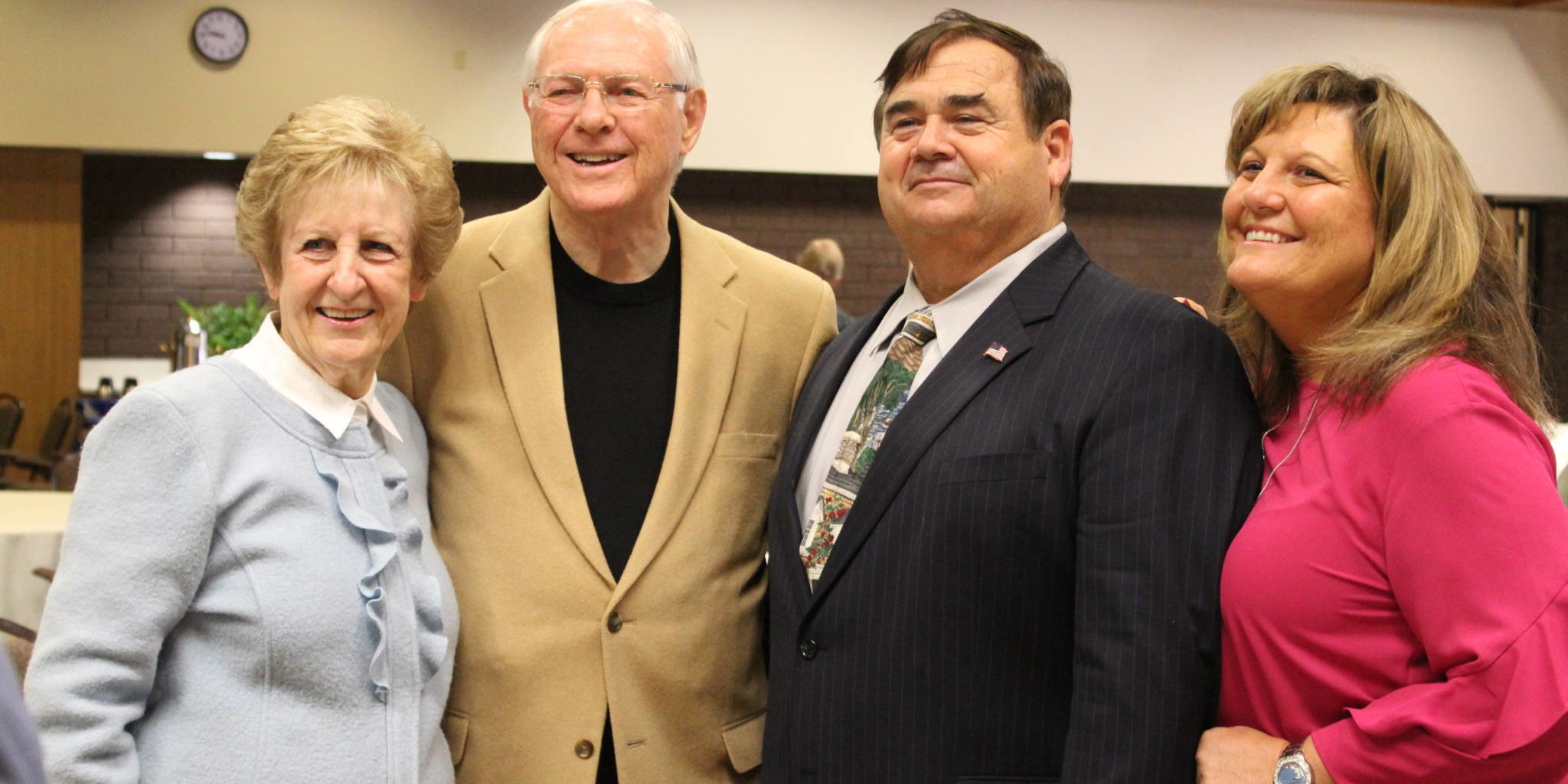 The 44th Annual Mayor’s Community Breakfast was held Friday, April 6th at the Arcadia Community Center, and the focus for Mayor Peter Amundson as he completes his term was ‘Leaving a Legacy.’  The Mayor first announced a some missing members of his family – his son and daughter-in-law that morning entered Methodist Hospital to have their child, the Mayor’s first grandchild. The baby had not yet been born before the end of the ceremony, but the Mayor joked about checking his phone throughout, just in case. 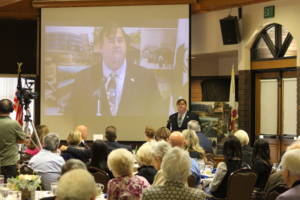 To begin the program, Arcadia Eagle Scout Troop 125 did the Call to Post, and Troops 125 and 126 partnered with Arcadia Venturing Crew 1337 for the Presentation of Colors.  Pastor George Hooper of Church of the Good Shepherd then stepped forward to give the Invocation.  Mayor Amundson followed by invited Arcadia City Clerk and Vietnam War Veteran Gene Glasco to the front to lead the Pledge of Allegiance. 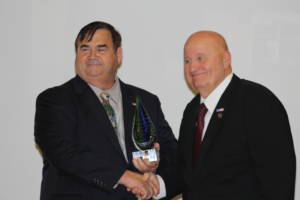 Legacy awards were presented by the Mayor to Gene Glasco for his dedication and service and for his commitment to honor Arcadia’s Vietnam Veterans with the Arcadia Vietnam War Monument, which lists the 14 names of young men who lost their lives and listed Arcadia as their home.  The Monument sits in a prominent location in Arcadia City Park, directly across from the Elks Lodge. Carol Libby received a Legacy Award for her dedication to the preservation of the history of Arcadia, including her work with the Arcadia Historical Society and erection of the History Lives Here markers, found throughout the city and indicating places of interest.  The Arcadia Chinese Association also received a Legacy Award for their work with the Asian community in Arcadia, helping to recognize the diversity in this city. 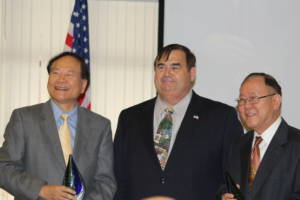 Notable accomplishments during Mayor Amunsdon’s term included improvements to the Arcadia Library, with the addition of new Library Services Director Darlene Bradley and 11,500 hours of volunteer service from the community.  39,000 active library cards are at large, as well.  Recreation and Community Services provided 19,000 meals to seniors, had 11,036 program registrations done online, and supplied 780 senior-specific programs, 312 adult programs and 469 youth activities.

The City upgraded its analog phone system to a state-of-the-art Voice over Internet Protocol system.  Phase 1 of the Median Turf Rehabilitation Project was completed by Public Works, and Citywide water conservation was 17% lower than in 2013. 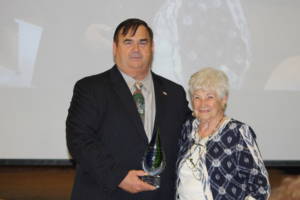 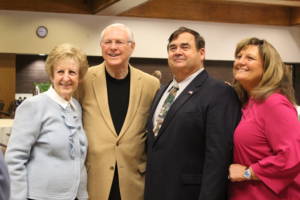 Former LA County Supervisor Michael D. Antonovich took the stage as the Keynote Speaker.  Mr. Antonovich spoke on his legacy as supervisor and his focus on improving the lives of foster youth and his passion for animal adoptions. He served multiple terms on the Board of Supervisors then was re-elected in 2012 and served until 2016, when term limits forced him to leave office.  At the end of the program, Mayor Amundson presented Antonovich with a ‘Ronald Reagan Stetson,’ in honor of the Supervisor’s annual Trail Ride, which was a popular event during the Supervisor’s terms.

Special thanks was given to the Mayor’s Breakfast Sponsor, Foothill Credit Union, and to David Knight, who played piano during the event.  Santa Anita Gardens provided the catering for the breakfast buffet, and a portion of the proceeds will be donated to the Foothill Unity Center, in honor of their dedication to the City of Arcadia and surrounding communities. 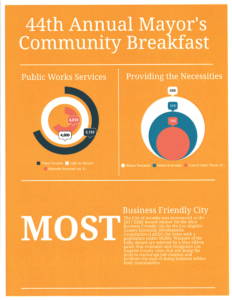 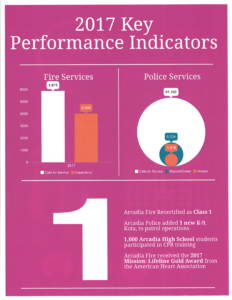 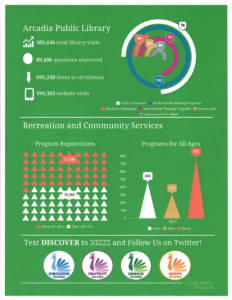 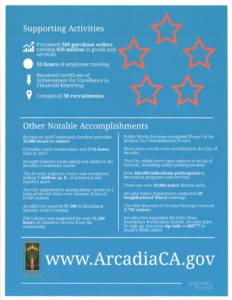 Money Management during Crisis seminar with Francine Chiu
May 21, 2020