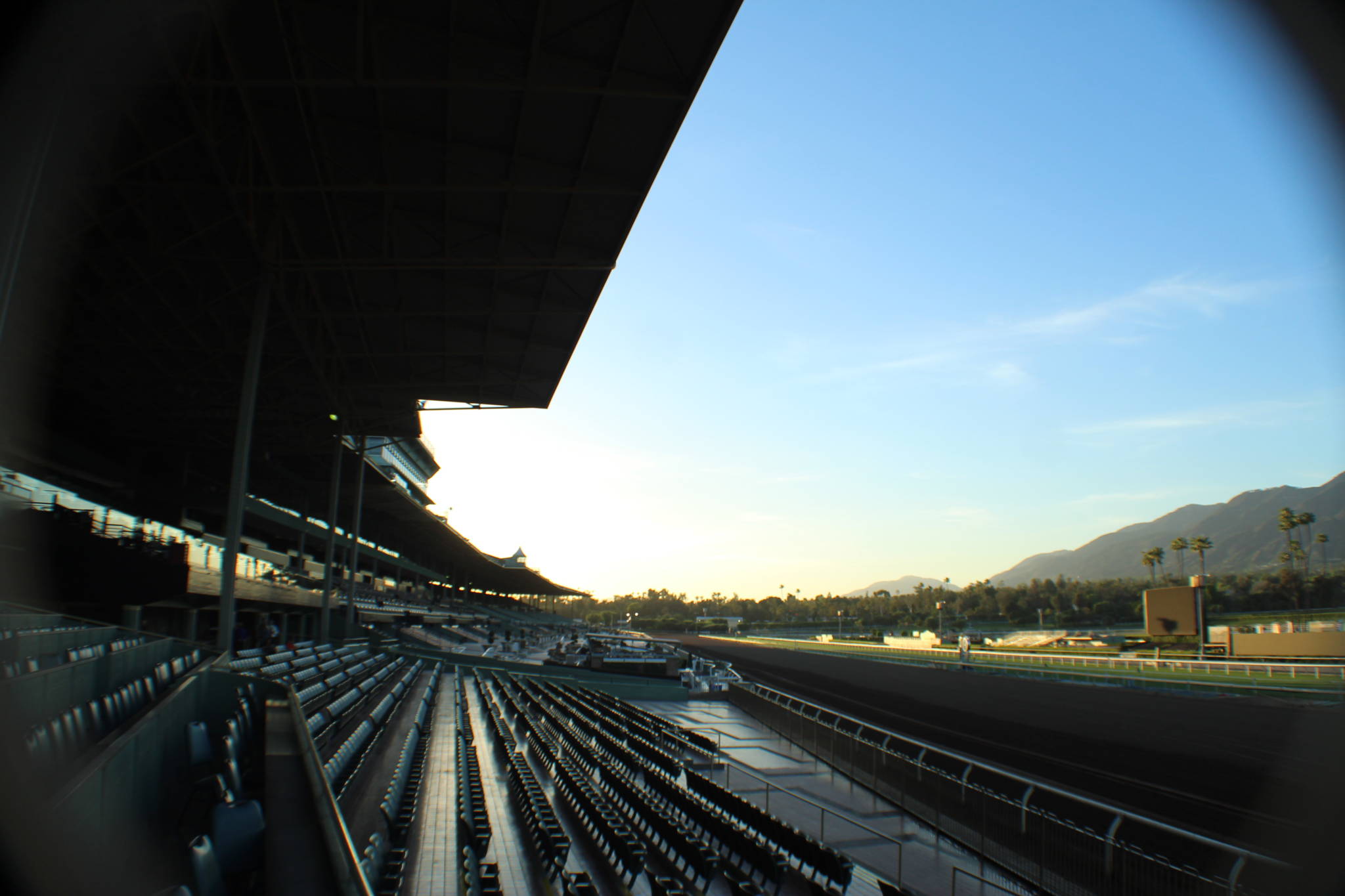 Entering the main hall of the Santa Anita Park’s clubhouse and taking in the view of the San Gabriel Mountains instantly informs you of what makes this venue a long cherished institution of Arcadia, standing among the greatest tracks in the world. For this reason, the Arcadia Chamber of Commerce celebrated their Installation Dinner the evening of May 29th, in the clubhouse of Santa Anita Park, with sponsorship from the Arcadia Association of Realtors. The night celebrated this year’s Citizen of the Year Gene Glasco, Corporate Contributor of the Year Fasching’s Car Wash and the dedicated service of our outgoing president Vicki Knight of Century Rooter.  Tables were decorated with orchids provided by Monrovia Floral, and new Board Members adorned their lapels and wrists with boutonnieres and corsages from florist, Margit Holakoui. 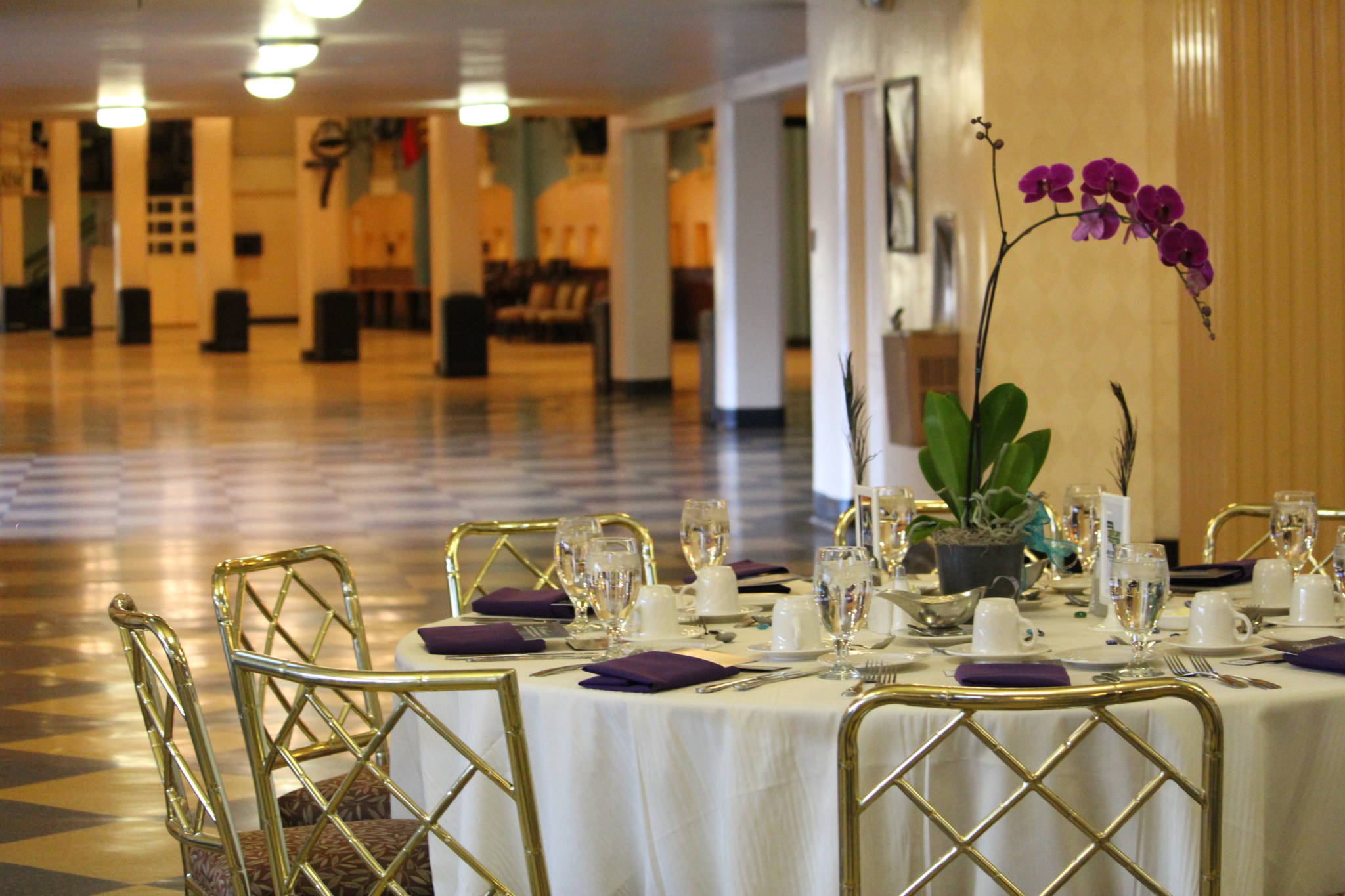 Guests gathered and took their seats after a beckoning call to attention from special entertainment John Villa of Dance Syndicate. Once seated amongst the elegant table settings of Santa Anita Park, the attentive audience was welcomed by a witty line from our master of ceremonies Bruce Lazenby of Rose Hills. To begin the ceremonies, the podium was promptly turned over to outgoing president of the Arcadia Chamber, Vicki Knight of Century Rooter, who was met with cries of ‘four more years’ from the audience. Vicki invited Immediate Past President Andrew Gregson of The Executive Factor, and the two shared the stage in an open conversation of the past year during Vicki’s term as President. 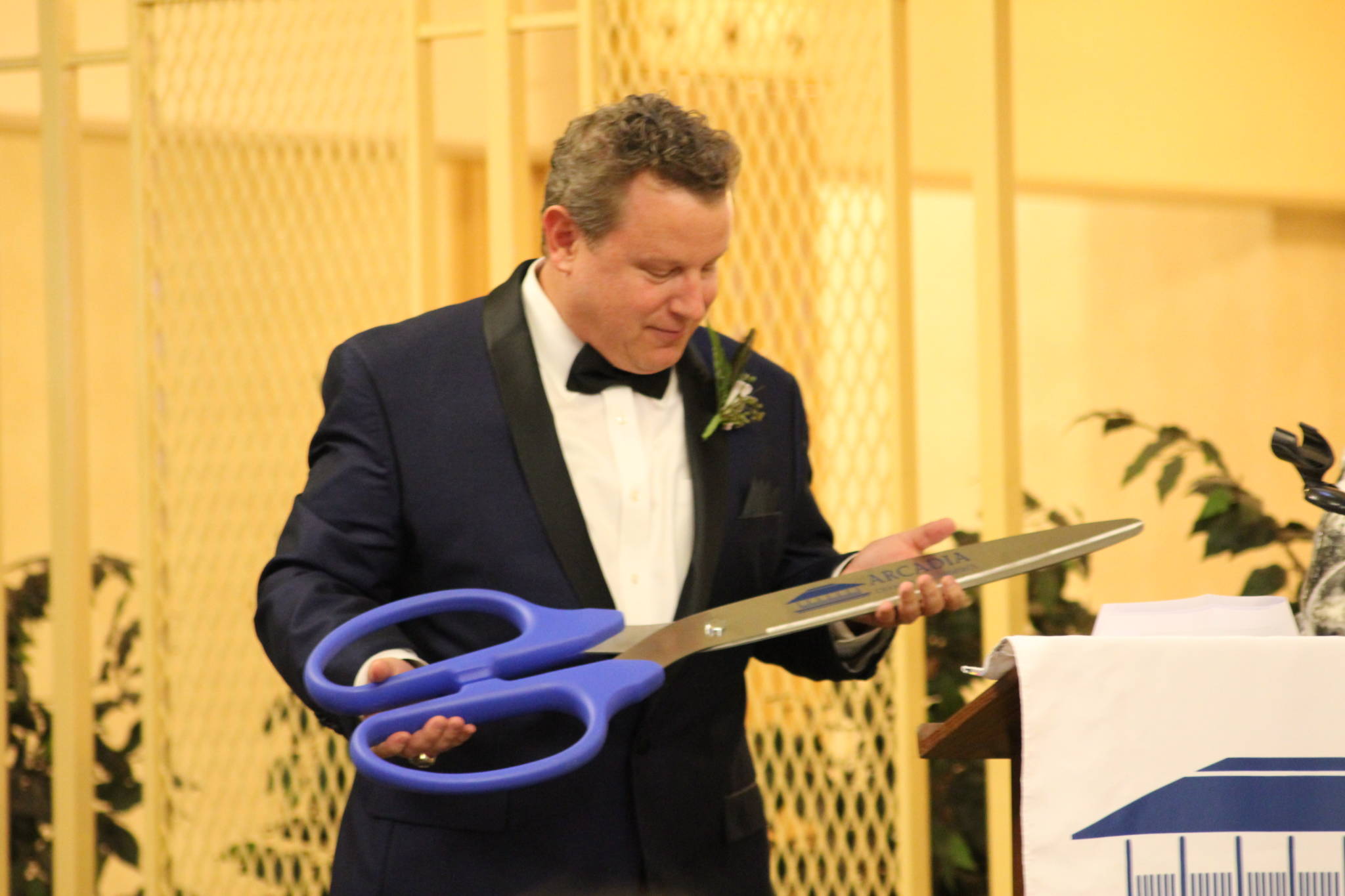 They enlightened the audience to the many obstacles which Vicki had to overcome during her first days, including the transition of Chamber CEOs as well as internet/server issues, all events which took place during her first month of service. But they concluded on the fact that, despite the complications, Vicki was able to pull together with the help of Arcadia Chamber CEO Karen Mac Nair to lead the organization through one of its most developmental and progressive years. Soon after the presidents’ duo speech,
Andrew Cooper was invited to the podium in order to accept the ceremonial scissors, with the proclamation that he use them in faithful service to the Chamber as he now accepts the responsibility of welcoming the new businesses. 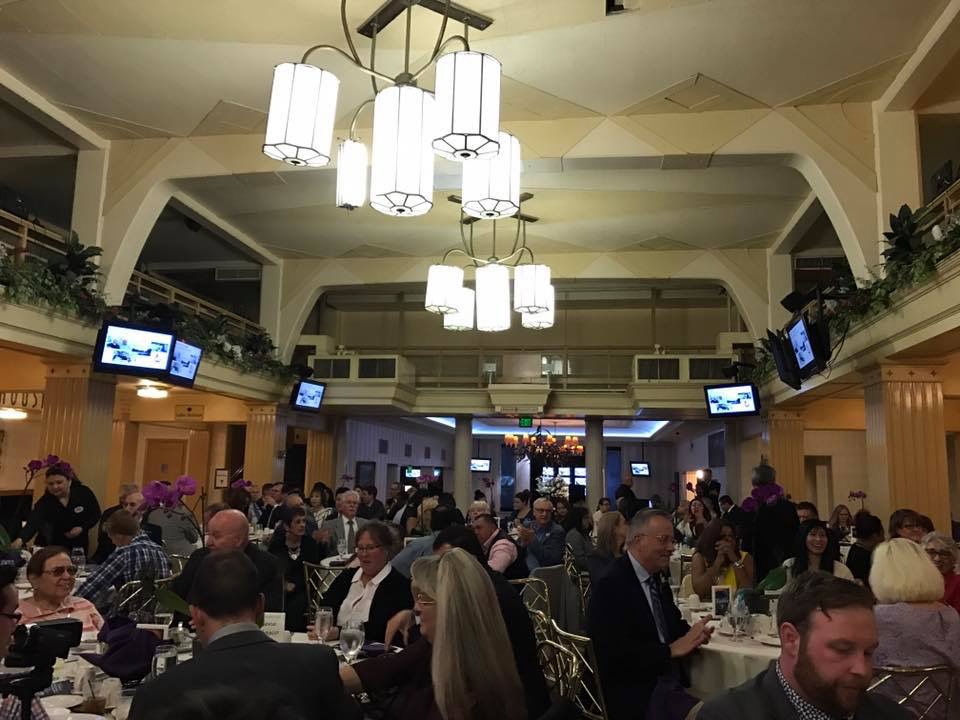 The event moved along when Mayor of Arcadia Tom Beck was invited to swear in the oncoming Arcadia Chamber of Commerce Board of Directors and Executive Committee. Dutifully the new Board pledged to fulfill their responsibilities to the chamber and uphold the bylaws set in.

Gene Glasco started his acceptance speech for Citizen of the Year by joking with his fellow city employees, including Roger Chandler, who told him to ‘get his hair cut’ bef

ore the big event.  Gene has been a resident of Arcadia since 1954, when his family moved to the area, where he went to Arcadia schools.  He joined the armed forces and went to Vietnam, along with many other young men, 14 of whom did not return who noted their location as Arcadia.  It was these 14 men who inspired Gene to commission the Arcadia Vietnam Veteran Monument. With Gene at the forefront of the endeavor, in only seven months the Monument was funded, and it was unveiled on May 28th, 2016 in Arcadia County Park.  Gene’s dedication to veterans and to the community are what made him an obvious pick for Citizen of the Year. 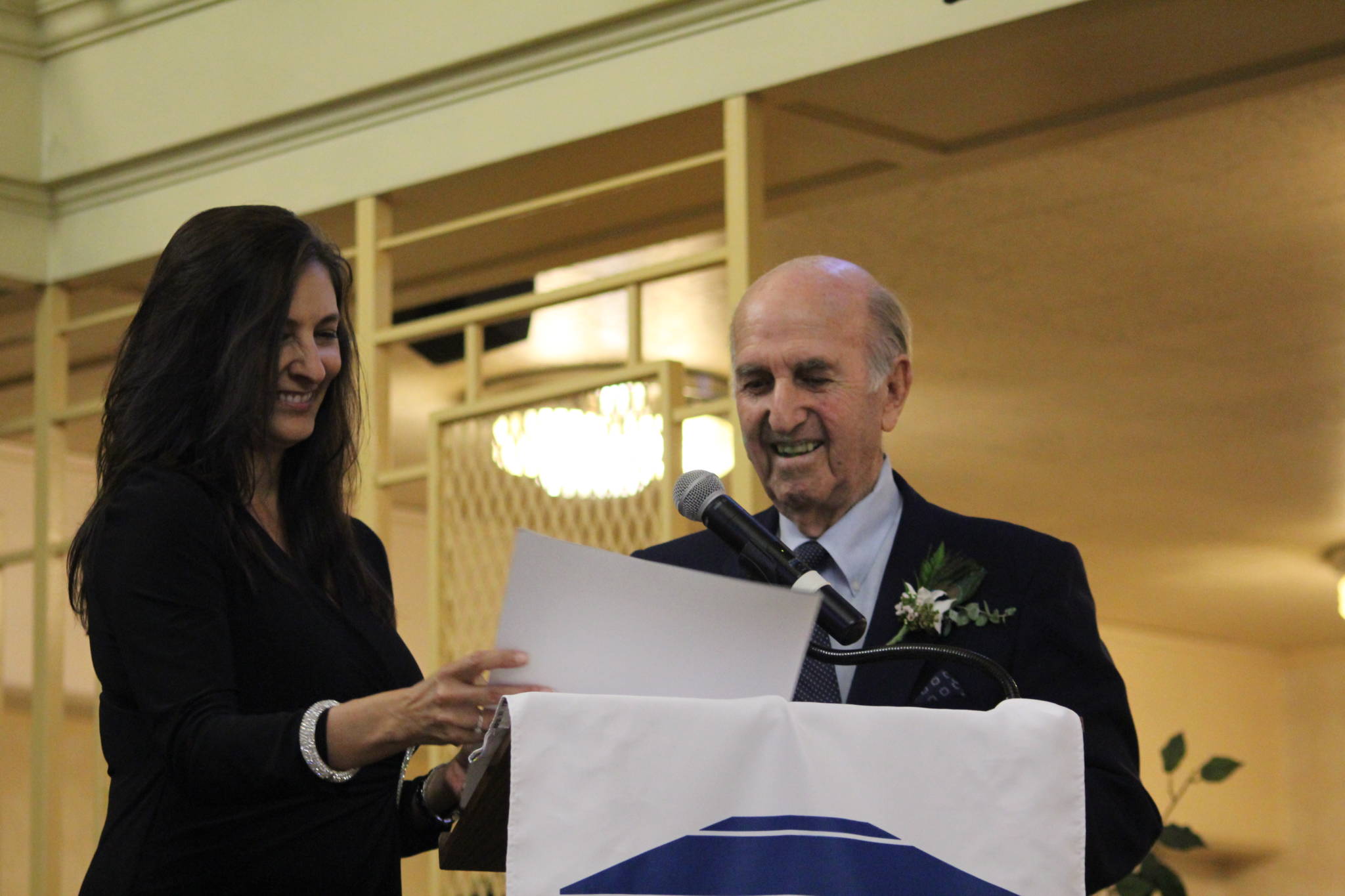 George Fasching of Fasching’s Car Wash has been serving the Arcadia Community at his location 425 N Santa Anita Ave for over 40 years. The opening of his car wash has led to the employment of over 50 people. The extent of his service to Arcadia reaches farther than this, as he has served Arcadia’s City Council from 1990 to 1994, served as Arcadia’s Mayor from 1992 to 1993, and has been a longtime member of the Arcadia Rotary Club. In addition to this, one of his most recent accomplishments can be seen at the cornerstone of Downtown Arcadia, as George spearheaded the restoration of the Denny’s Windmill. Because of his great commitment to the community of Arcadia Fasching’s Car Wash was recognized as this year’s Corporate Contributor of the Year by the Arcadia Chamber of Commerce.

As the sun set over Santa Anita Park, the new Board and guests enjoyed dinner and drinks, cheering towards a new year with the Arcadia Chamber of Commerce. 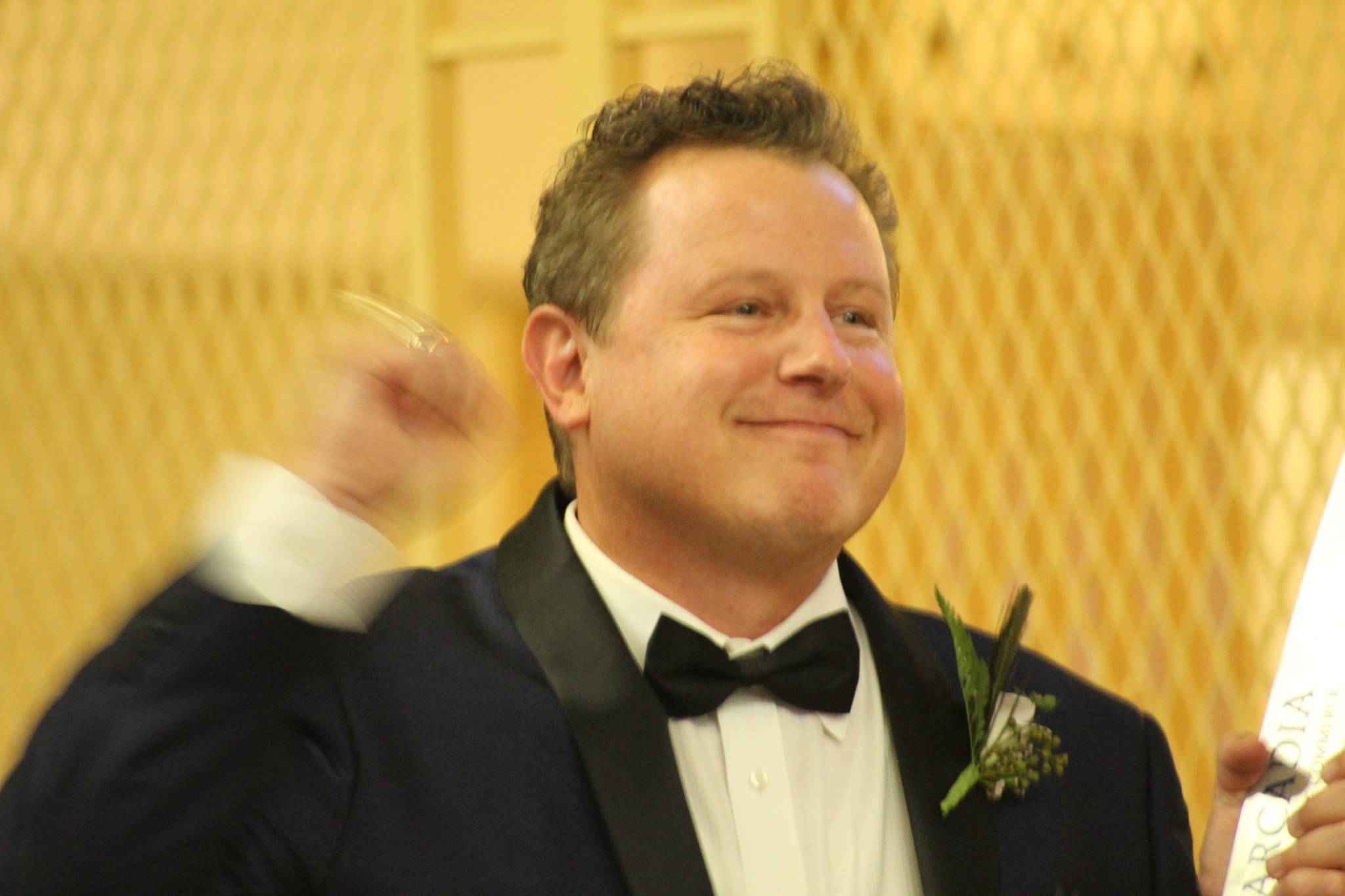 Waste Management reminds you to bag your trash
March 27, 2020