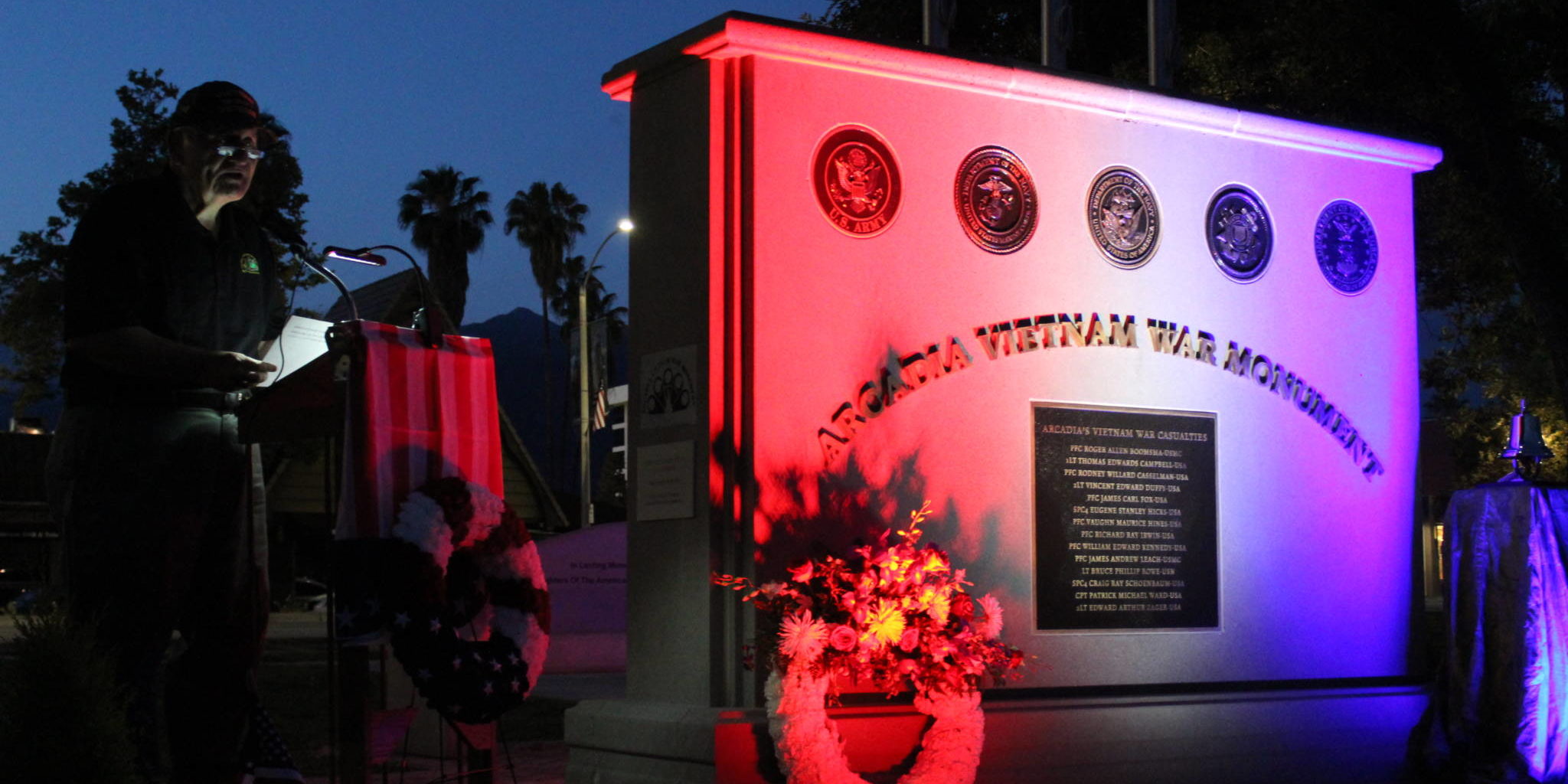 On Saturday, May 26th, Arcadia’s City Clerk and Vietnam Veteran got to realize a dream when his veteran’s monument in Arcadia Park was finally lit at dusk, not only to celebrate Memorial Day, but to ‘shine a light’ on the monument that pays tribute to the 14 young men who called Arcadia home but never returned from the war.  Glasco’s Monument was 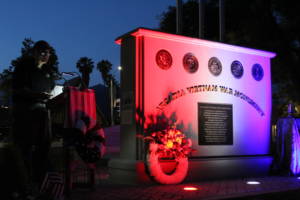 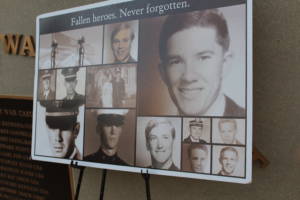 she had only visited two memorials dedicated to Vietnam Veterans: the one in Washington D.C. and the one in Arcadia. 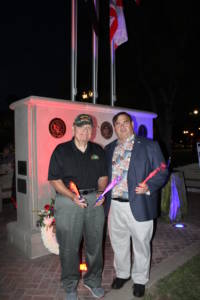 Mayor Peter Amundson spoke on how the Monument came to be, with Glasco first requesting to build the Monument then continuing on to ask for lighting.  Multiple fund raising activities built both the Monument and paid for the lighting, and the City and her Mayors and the community at large have been supportive of all efforts on Gene’s part.  The lighting itself cost upwards of $19,000, but the bright LED lights will make sure the Monument is lit each and every night in colors of red, white and blue.  The lighting will also help deter vandalism and vagrancy during the nighttime hours.

The Arcadia Vietnam Veterans Monument was built to stand the test of time and will continue to honor the young men who lost their lives for years and years to come, and the efforts of Gene Glasco to honor their memory will be part of his legacy in the City of Arcadia.

Free Bouquet When You Spend $30 or More – This Weekend Only at Grocery Outlet Live Oak
May 7, 2021