City of Arcadia Concerts and Movies in the Park!

Concerts and Movies in the Park!

The City of Arcadia proudly announces the 2022 free summer concert & movie series every Thursday from June 23 through August 4, 2022. Concerts will begin at 6:30pm and movies at dusk. Kids can enjoy the fun zone area with plenty of games, crafts, and activities. The location will be at 240 West Huntington Drive, on the lawn between City Hall and the Police Department. Free parking will be available at City Hall and Santa Anita Park, Gate 5. For information call 626.574.5113. 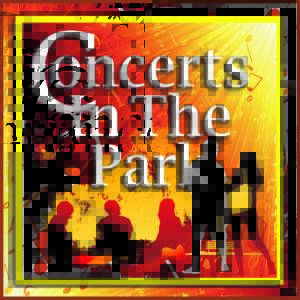 Cold Duck (70s/Top 40) – Cold Duck’s philosophy has been directly responsible for their continued success: “Give the people what they want to hear and have a good time delivering it!” Cold Duck continues its tradition of excellent musicianship and grooving rhythms. Let’s dance the night away!

Encanto PG – The film itself is about a family named the Madrigals, who live in a magical village in a secluded part of Colombia. The magic was first created after the matriarch of the family, Abuela, lost her husband while fleeing their home when her children were infants.

Environment Fair – Join us this evening and learn about the environment. Visit vendors for information and giveaways.

80z All Stars (80s Music) – The 80z All Stars, hailing from Southern California, are the premiere, most comprehensive 80s tribute act in the nation. Devo to Bon Jovi to Rick Springfield to Duran Duran, this band covers them all! For more than 20 years the four members and their high-energy performances have been seen from Australia to Orlando to Hawaii to Las Vegas to Cabo San Lucas and everywhere in between!

Abominable PG – The film follows a teenage girl named Yi, who encounters a young Yeti on the roof of her apartment building in Shanghai, names him Everest and embarks on a quest to reunite the magical creature with his family at the highest point on Earth along with her mischievous friends Jin and Peng. 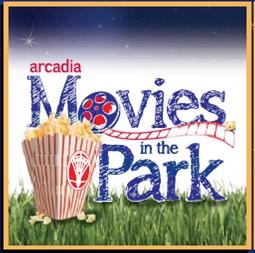 JULY 7,  THE SMOKIN’ COBRAS AND MULAN

Mulan PG 13 – Mulan is a girl, the only child of her honored family. When the Huns invade China, one man from every family is called to arms. Mulan’s father, who has an old wound and cannot walk properly, decides to fight for his country and the honor of his family though he will not survive an enemy encounter.

Susie Hansen Latin Band (Latin Jazz) – The Susie Hansen Latin Band has been together for 32 years. They band plays a little salsa, cumbia, merengue, cha-cha-cha, bolero, and bachata. According to Don Heckman of the Los Angeles Times, “Hansen was a ball of energy, creating an atmosphere of high voltage excitement.”

Clifford the Big Red Dog PG – When Emily Elizabeth meets a magical animal rescuer who gives her a little red puppy, she never anticipated waking up to find a giant, 10-foot hound in her small New York City apartment. With her single mother away on business, Emily and her fun but impulsive uncle set out on an adventure that takes a bite out of the Big Apple.

Alumni Acoustic (Classic Rock) – Take guitars, keyboards, mandolin, bass and drums and some of the finest 3-part harmonies, put them together with the greatest songs of the 50’s, 60’s and 70’s and you have the Alumni Acoustic.  This amazing quartet consists of 4 Arcadia HS alumni that literally help build what is now known as “Classic Rock”.

Forever Rod (Rod Stewart Tribute) – Forever Rod features the rasp Rod Stewart is known for and employs multiple instruments (electric and acoustic) to provide authentic versions of his biggest hits. The band members have many years of performance experience, and every song is played completely live, no backing tracks. All done for the best show possible!

Secret Life of Pets 2 PG – On a family trip to the countryside, Max meets a farm dog named Rooster, and both attempt to overcome his fears. Meanwhile, Gidget tries to rescue Max’s favorite toy from a cat-packed apartment, and Snowball sets on a mission to free a white tiger named Hu from a circus.

Upstream (Caribbean) – Upstream has been spreading their message of love and positivity through their exhilarating Caribbean Music, namely, Reggae, Calypso, Soca and Steel Drum Music. Through the years they have mesmerized audiences throughout the world and brought many to kneel at their alter of ultimate enjoyment.

Luca PG – Set in a beautiful seaside town on the Italian Riviera, the original animated feature is a coming-of-age story about one young boy experiencing an unforgettable summer filled with gelato, pasta and endless scooter rides. Luca shares these adventures with his newfound best friend, but all the fun is threatened by a deeply held secret: he is a sea monster from another world just below the water’s surface.

National Night Out and Arcadia’s 119th Birthday – National Night Out promotes crime prevention and awareness through police community partnerships. Arcadia’s Police Department and Fire Department will be there along with Arcadia Police SWAT Team, K-9’s and Area Commanders. There will be free fingerprinting, an obstacle course for kids, and much more! We will also be celebrating the City’s 119th birthday. Enjoy a birthday cupcake (while supplies last).

Nestled along the rolling foothills of the San Gabriel Mountains and Angeles National Forest, Arcadia is a charming, family-oriented community with a population of just over 57,000. Located only 13 miles east from downtown Los Angeles, regional transportation networks like the Metro Gold Line connect Arcadia as a premier residential, shopping, and entertainment destination in the San Gabriel Valley. Arcadia is known for its top-rated schools, iconic landmarks, and serene neighborhoods. Arcadia is an award-winning community having been twice named as the Best City in California in which to Raise Kids and the 2017 Most Business-Friendly City in Los Angeles County. With the conveniences and amenities of a full-service, mid-size city, Arcadia’s “Community of Homes” provides a quality of life that will go Above & Beyond your expectations.

Please click here for a PDF of the listing of movies and concerts in the park for the City of Arcadia.

Summer Reading Fun at the Arcadia Public Library
May 23, 2022