April 20, 2018 – The City of Arcadia completed its second and final counting of the All Mail Ballot General Municipal Election held on April 10, 2018. In District 2, incumbent Tom Beck led Bob Harbicht, 1,080 votes to 982 votes, with an overall voter turnout of 2,090. In District 5, incumbent Roger Chandler, 804 votes, led challengers Joyce Platt, 727 votes and Jolly Wu, 303 votes, with an overall voter turnout of 1,848. The certified official election results will be confirmed at the Special City Council meeting on April 24, 2018, at 7:00 p.m. in the City Council Chambers. The City Council will be reorganizing to select a new Mayor and Mayor Pro Tem at this special meeting.

For more information, please contact the City Clerk’s Office at (626) 574-5410 or visit the City’s website at www.ArcadiaCA.gov. 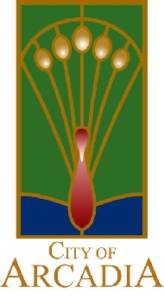 Nestled in the foothills of the San Gabriel Mountains, Arcadia is an 11.38 square mile community with a population of just over 56,000. Located approximately 20 miles east of downtown Los Angeles, Arcadia is known for combining small-town charm with the conveniences and amenities of a mid-size city. Arcadia is a full-service charter city governed by a five member City Council. Recognized for exceptional education and recreation opportunities and beautiful neighborhoods, Arcadia is also defined as the “Community of Homes” and has twice been designated the “Best City in California in which to Raise Kids” by Business Week Magazine.