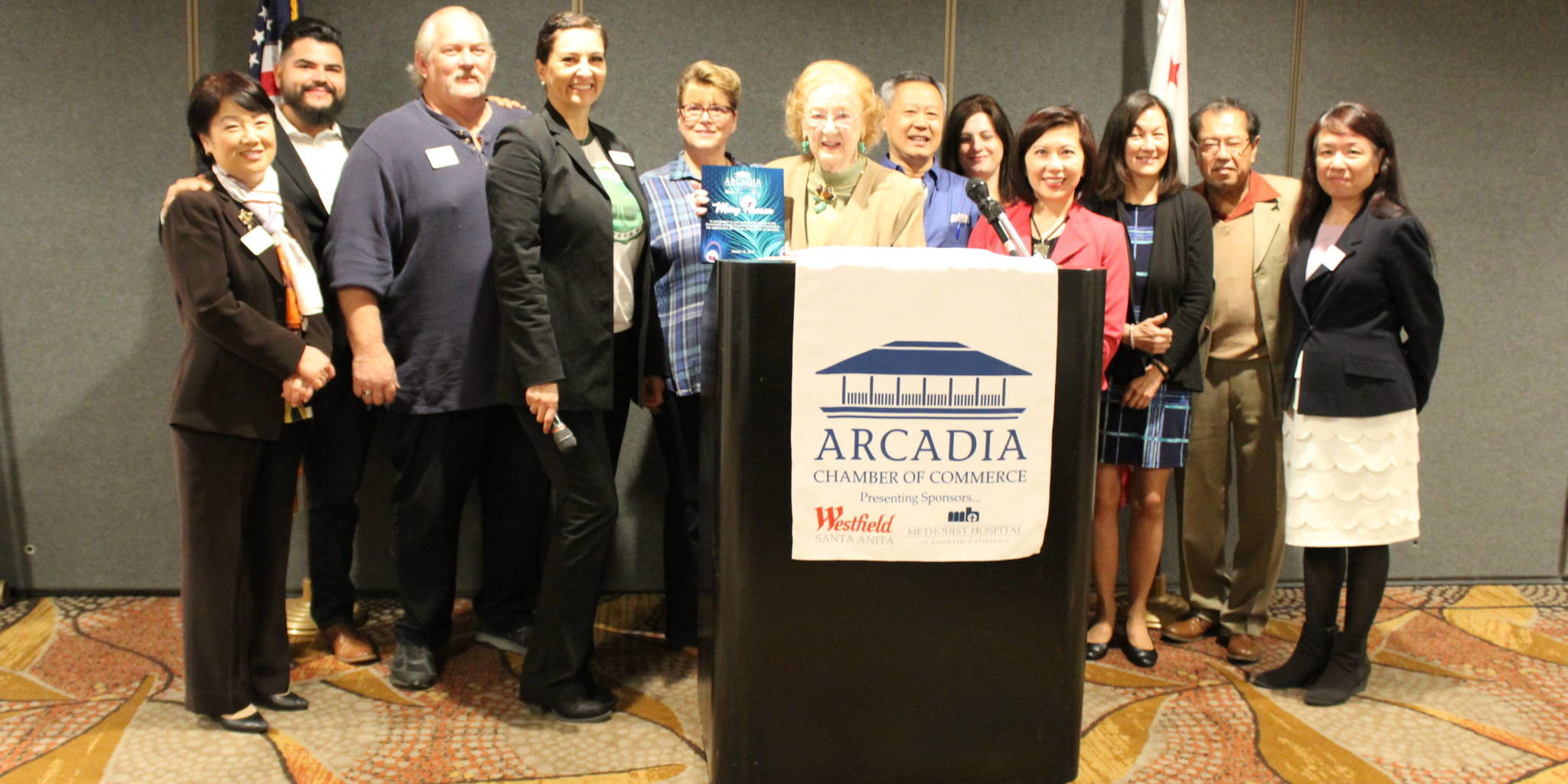 It was an attentive audience of more than 80 attendees that arrived to this morning’s Rise and Shine Breakfast. This morning’s breakfast featured a tribute to lifetime Ambassador Mary Hansen, our March 3 minute speaker Denise Williams-Jones of Temple City Dental and Open Networking. 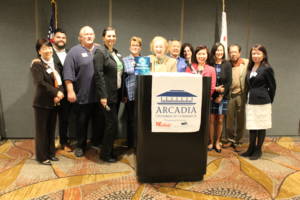 Mary Hansen has served the Arcadia community with a dedicated passion that has inspired a generation of countless volunteers. Specifically the Arcadia Chamber has been privigeed to have her as one their Ambassadors. Mary’s strong committment to the community was recognized this morning when Arcadia Chamber CEO,  Karen Mac Nair, presented Mary with a Lifetime Ambassador plaque. Standing at the podium Mary recounted that she’s been serving as an ambassador for more than 29 years. She illustrated the change in, “chambering” by stating, “we walked on streets, knocked on doors to get accounts…it’s a lot different now.” Mary was given a wealth of applause at the close of her speech and will soon be honored again by the Arcadia Rotary as Senior of the Year. 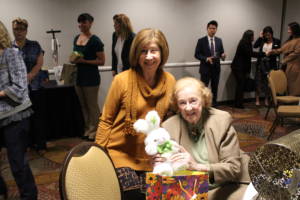 Denise Williams-Jones represents the team at Temple City Dental a group that strives to make a world class difference for others and make dentistry fun for everyone. This last fact was in display when Denise showcased the portable photo booth Temple City Dental keeps in their office. Currently Temple City Dental is engaging in a contest, they are asking people to take a photo/selfie and post it to their social media with #TempleCityDental, one winner will be chosen to recieve a free teeth whitening. A bevy of chamber members and locals in the San Gabriel Valley have attested to the difference a team focused on care and community can have. The practice at Temple City Dental emphasize esthetic dentistry, periodontics, Invisalign orthodontic care screening and treating obstructive sleep apnea. If you’re interested in any of these services or simply hoping to brighten your smile contact Denise and her team at (626) 263-4111. 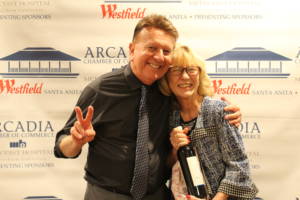 Denise Williams-Jones thanked Dr. Seth Mittleman of Chiropractic Health Center for helping her with chronic pain and getting her off pain medication.

MJ Finstrom of HUTdogs thanked James Jackson of Helen’s Cycles for helping the DAIA and giving a bike away.

Lydia of Lyd and Mo thanked Scott May of May Catering for great catering. 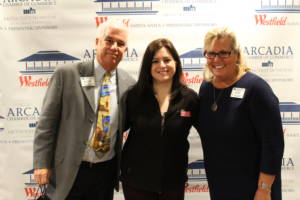 on the Arcadia Coordinating Council.

Mary Hansen, Lifetime Ambassador, thanked Vicki Knight of Century Rooter for helping during a plumbing issues as she said, “she came down and now everything is going down the drain. Now I can see the light.”

Darlene Papa of Lifeline for Pets donated an Easter Bunny which was won by Mary Hansen, Lifetime Ambassador 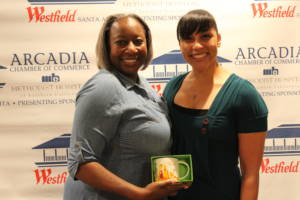 Tony Ng of HSBC donated a crystal dog which was Patricia Tracey of Aflac.

Dannielle Johnson of DoubleTree Monrovia donated a tin of cookies which were won by Sue Cooke of Podley Properties, Rod Salazar of Stubbies Promotions and Linda Colley of Civitan

James Jackson of Helen’s Cycles donated a bike pump which was won by Jason King of Choicess.

The 3 minute speaker will be Tejon Woods of Woods Medical.