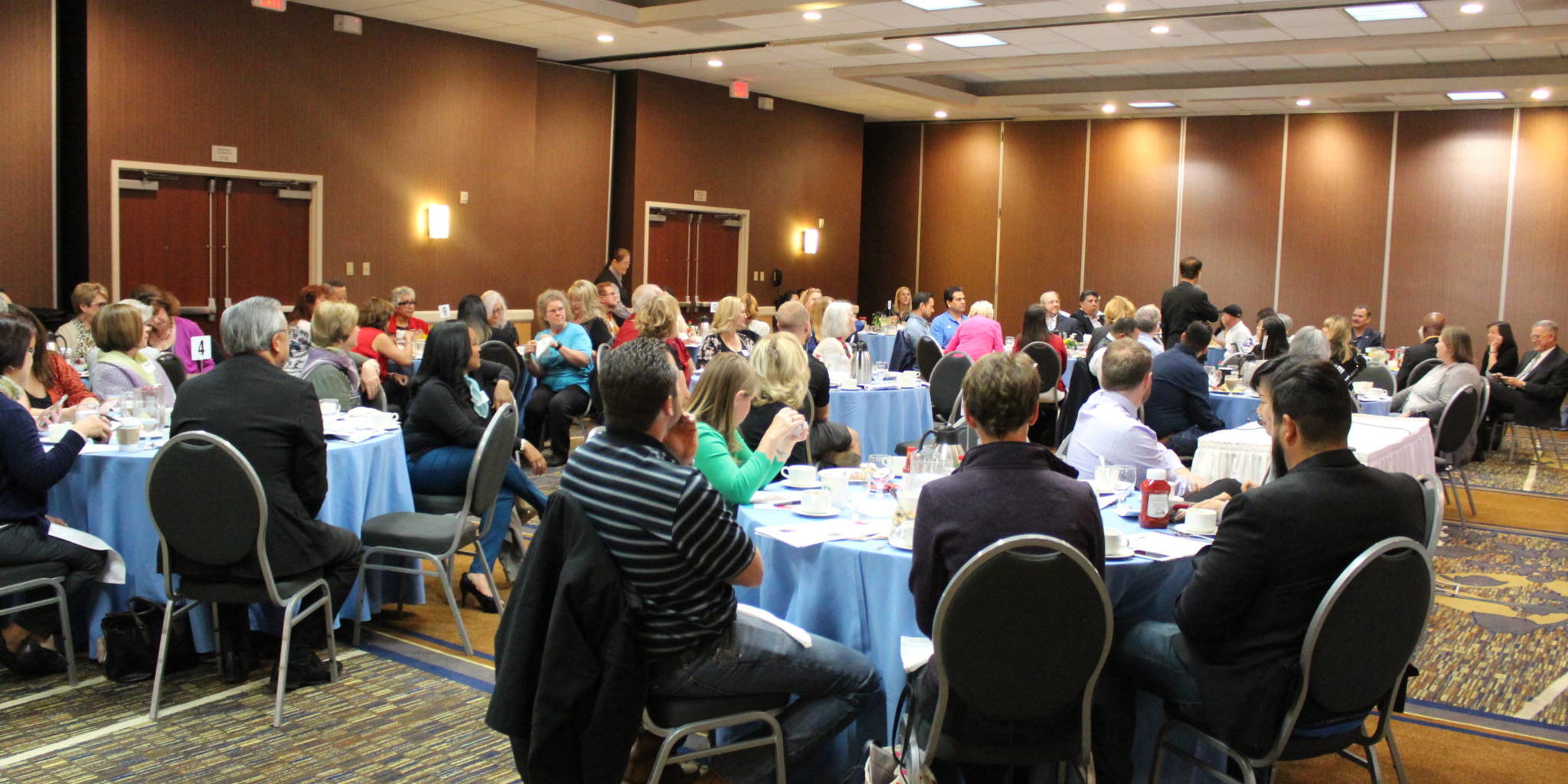 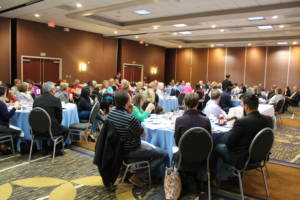 The crowd at the Arcadia Chamber April Rise & Shine breakfast stood unphased by the surprising gloomy Spring weather. In one of Courtyard Marriott’s banquet rooms sat a cheery group of 80+ chamber members ready to discuss their upcoming events and new business. Members were given the opportunity this morning to get insight to the specifics of hospice care by Tejon Woods of Woods Medical. 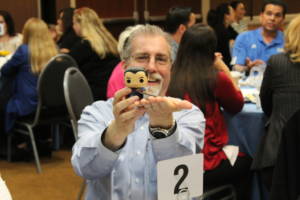 Please see our videos on facebook for updates on our Chamber Members.

Although many have heard of Hospice care, most don’t have an understanding of what it entails. Tejon Woods of Woods Medical used his 3 minutes to educate our Rise & Shine crowd on what people should expect when they look into hospice care. To start off Tejon illustrated how hospice is focused on care not curing, hospice care helps towards improving the quality of life of the patient. Tejon shed light on the fact that there exists a discrepancy in 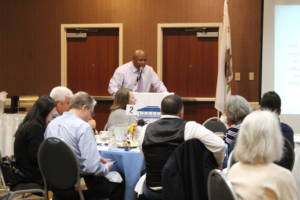 the fact that although 70 percent of people say that they wish to die at home, only 25 percent of Americans actually die at home. Much of this discrepency is the result of myths over hospice care which have caused people to not consider it as an option. Some of these myths are hospice care equates to giving up and/or hospice is only an option for the last few days. Tejon mention that its worth considering hospice care once any of the following conditions are met; disease is life threatening, treatment is no longer effective and/or the quality of life has diminished. Closing out his presentation was a slide that simply stated, “Caring for our seniors.”

Terri Cleveland of Areum Apartments thanked Loretta Vigil of Chefelle, John Villa of Dance Syndicate and Scott May of May Catering for their service during the Areum Grand Opening 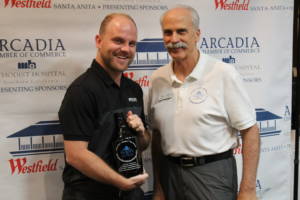 Connie Aguilar of Options for Learning thanked Brooke Perez of Longo Toyota, Merlin Froyd of Thorson Motors, Naomi Briones of Embassy Suites by Hilton and Sylvia Lee of Rose Hills Memorial Park and Morutary for their sponsorship and making an investment in the community. 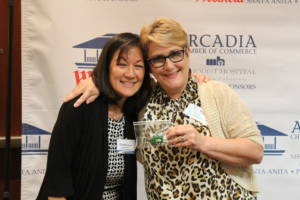 Denise Williams-Jones of Temple City Dental thanked to Martin Ramos of Nicomite Termite Control for supporting Smiles for Life. She also thanked Vicki Knight of Century Rooter for fixing an emergency plumbing issue in under 15 minutes.

Merlin Froyd of Thorson Motors thanked Connie Aguilar of Options for being such a great source in the community. 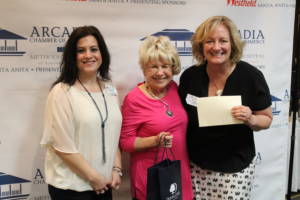 Diane Sexton of WFG thanked Loretta Vigil of Chefelle for doing personal meals and saving her marriage by cooking. She also thanked Tejon Woods of Woods Medical for emotional and physical care for a family member of hers.

MJ Finstrom of HUTdogs thanked Teri Muse of Waste Management for presenting such an informational tour of their facilities.

Francine Chiu donated a bottle of Cabernet which was won by Scott May of May Catering. 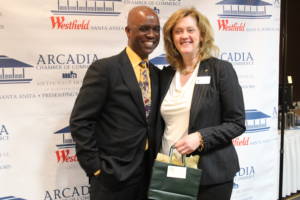 Landon Paulson of Bolton Company donated a 25 dollar Starbucks gift card which was won by Jim Boyd of Banner Bank.

Tracy Wilke of G.H. Wilke and Co. donated a set of Sterling Silver and Moonstone Earrings which were won by Seth Mittleman of Chiropractic Health Center 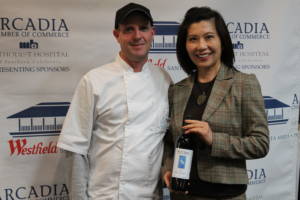 Tara Gadsby of Courtyard Marriott donated a Courtyard Umbrella and two Portfolios which were won by John Villa of Dance Syndicate and Christina Heller of Healthcare Partners.

Danielle Johnson of the DoubleTree donated a Tin of The DoubleTree Cookie which was won by Bev Street of Arcadia Historical Society. 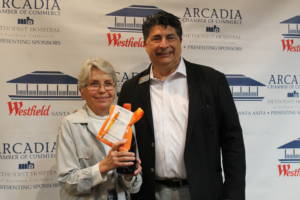 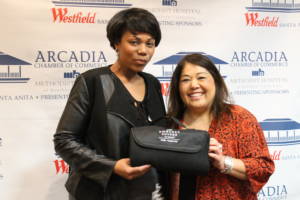 Vicki Knight of Century Rooter donated a cup, sunglasses and Starbuck gift card which was won by Terri Cleveland.

The three minute speaker for May will be Donna Lee of Lifewave.