Run, Hide, Fight – How to Handle an Active Shooter Presentation 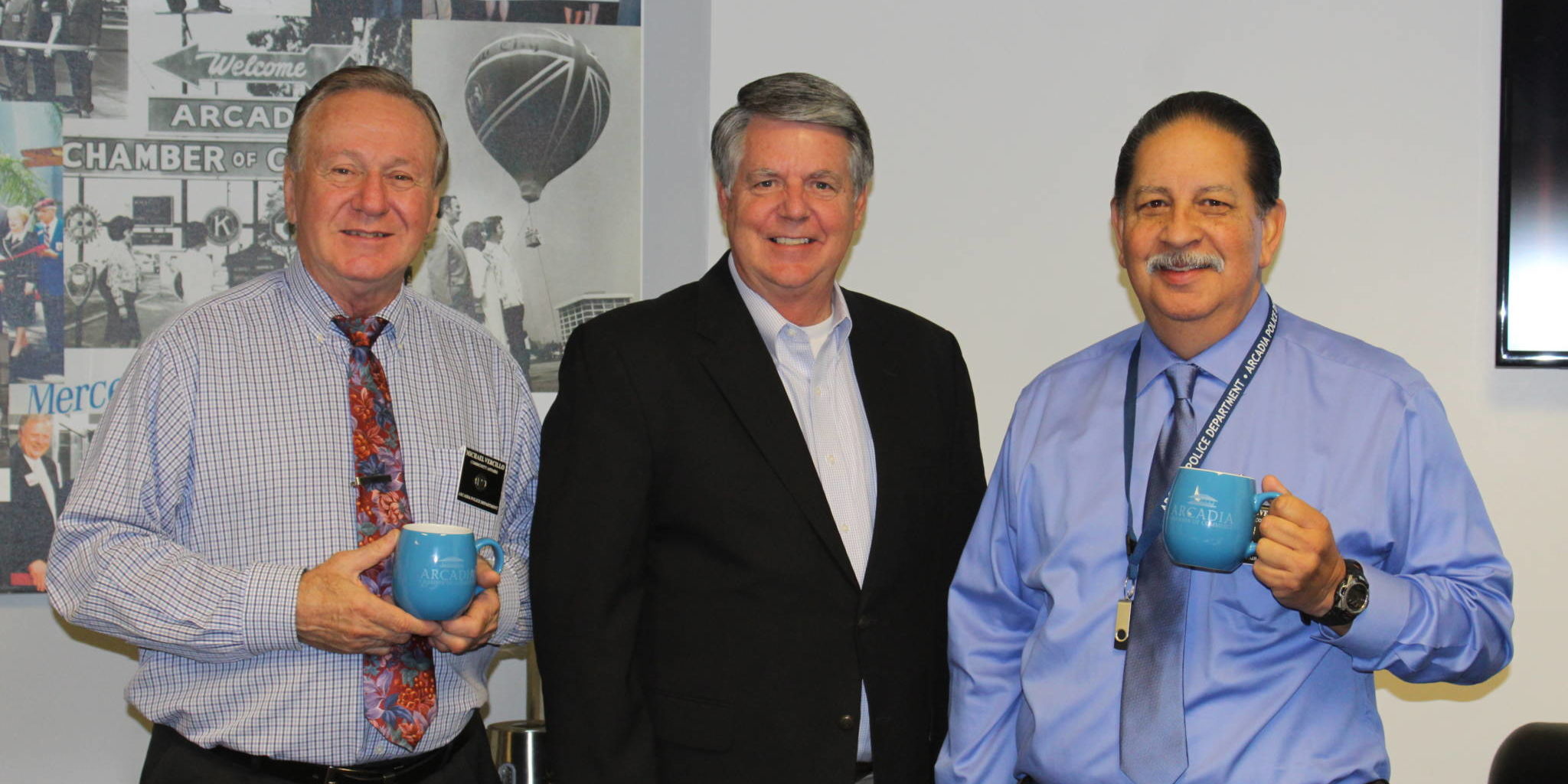 It’s vital to know the best course of action when it comes to handling a situation with an Active Shooter. This morning’s presentation, courtesy of Mike Vercillo, Community Services Officer for the Arcadia Police Department and Steve Delgadillo, Community Affairs Liaison for the Arcadia Police Department, gave insight into the nature of Active Shooters as well as what to do in case you come across this situation.

Shootings can occur in various settings that range from; school campuses, houses of worship and senior living facilities, statistically however most take place in offices and retail establishments. As recently as the 1970s there has been a greater frequency in school shootings with more than 1,300 taking place since that time. Unfortunately California is among the top three states (along with Texas and Florida) with the most incidents of active shootings.

What everyone can take away from Mike and Steve’s presentation is the guidelines that come directly from the U.S. Department of Homeland Security on what to do in the case of an Active Shooter. To put it simply they suggest Run, Hide, Fight. This breaks down into the following instructions.

Mike adds the fourth tactic; Call, he states to do so when it is safe and it will update the information the police have.

As he always does Mike ended his presentation with the statement, “See Something, Say Something.” The Police want to assist, it is their duty to help but they need people to report what they see.