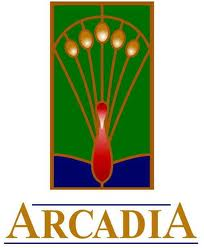 “I am honored to serve the City of Arcadia as its next Mayor,” said Mayor Tay. “I have a deep affection and appreciation for this community, and I’m looking forward to continuing the efforts previous mayors and City Councils have done to keep Arcadia great. We have a lot of important work to do.”

Council Member Verlato will serve as Mayor Pro Tem during the coming year, and will be asked to fill in during a mayor’s absence. “I would like to thank the City Council for their confidence in selecting me as Mayor Pro Tem. Arcadia is a great place to live, work, and raise a family, and I’m proud to be able to serve our diverse community,” said Mayor Pro Tem Verlato.

The City Council will be interviewing community members for the City’s various Boards and Commissions at a special meeting on June 14, 2018, and will make appointments at the next regularly scheduled meeting on June 19, 2018. Included is the newly-formed Citizen’s Financial Advisory Committee that will provide recommendations to the City Council for cost containment strategies and/or potential revenue enhancements in order to address the City’s financial challenges.

Nestled along the rolling foothills of the San Gabriel Mountains and Angeles National Forest, Arcadia is a charming, family-oriented community with a population of just over 57,000. Only 20 miles east from downtown Los Angeles, regional transportation networks like the Metro Gold Line connect Arcadia as the premiere residential, shopping,

and entertainment destination in the San Gabriel Valley. Arcadia is known for its top-rated schools, iconic landmarks, and serene neighborhoods. Arcadia is an award-winning community having been twice named as the Best City in California in which to Raise Kids and 2017 Most Business Friendly City in Los Angeles County. With the conveniences and amenities of a full-service, mid-size city, Arcadia’s “Community of Homes” provides a quality of life that will go Above & Beyond your expectations.