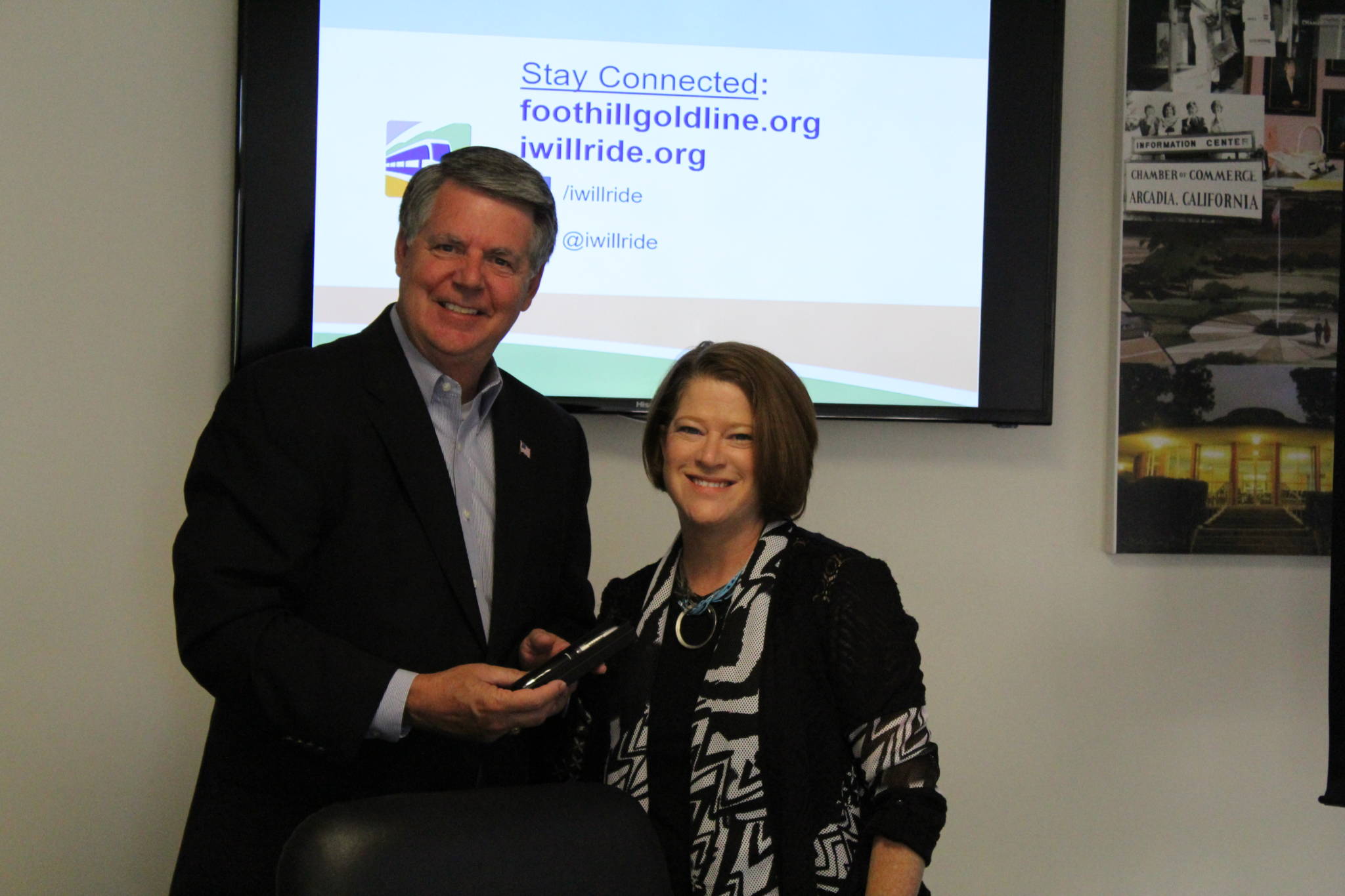 The Arcadia Chamber of Commerce received a detailed report of the upcoming Foothill Gold Line Glendora/Montclair extension from Chief Communication Officer for the Foothill Gold Line Construction Authority, Lisa Levy Buch at this morning’s (May 4, 2017) Community Connection and Coffee forum. This morning also featured reports by local city representatives, announcements by attending members and details on the upcoming Arcadia Chamber Events in May.

Lisa Levy Buch, Chief Communication Officer for the Foothill Gold Line Construction Authority closed out her presentation on the Glendora/Montclair Extension with the statement, “to allow for growth without impacting the beauty and culture of the city.” Essentially this is the mission of the Foothill Gold Line. Los Angeles County’s population is expected to grow by 5.9% to 10.7 million by 2024, in particular the San Gabriel Valley is projected to grow by 7.6% to around 1.5 million people, these growths have created a need for greater public transit. Lisa illustrated the necessity of the new Glendora/Montclair extension project by mentioning that since the construction of the Gold Line ridership has greatly exceeded expectations with a reported more than 53,600 people boarding each weekday. 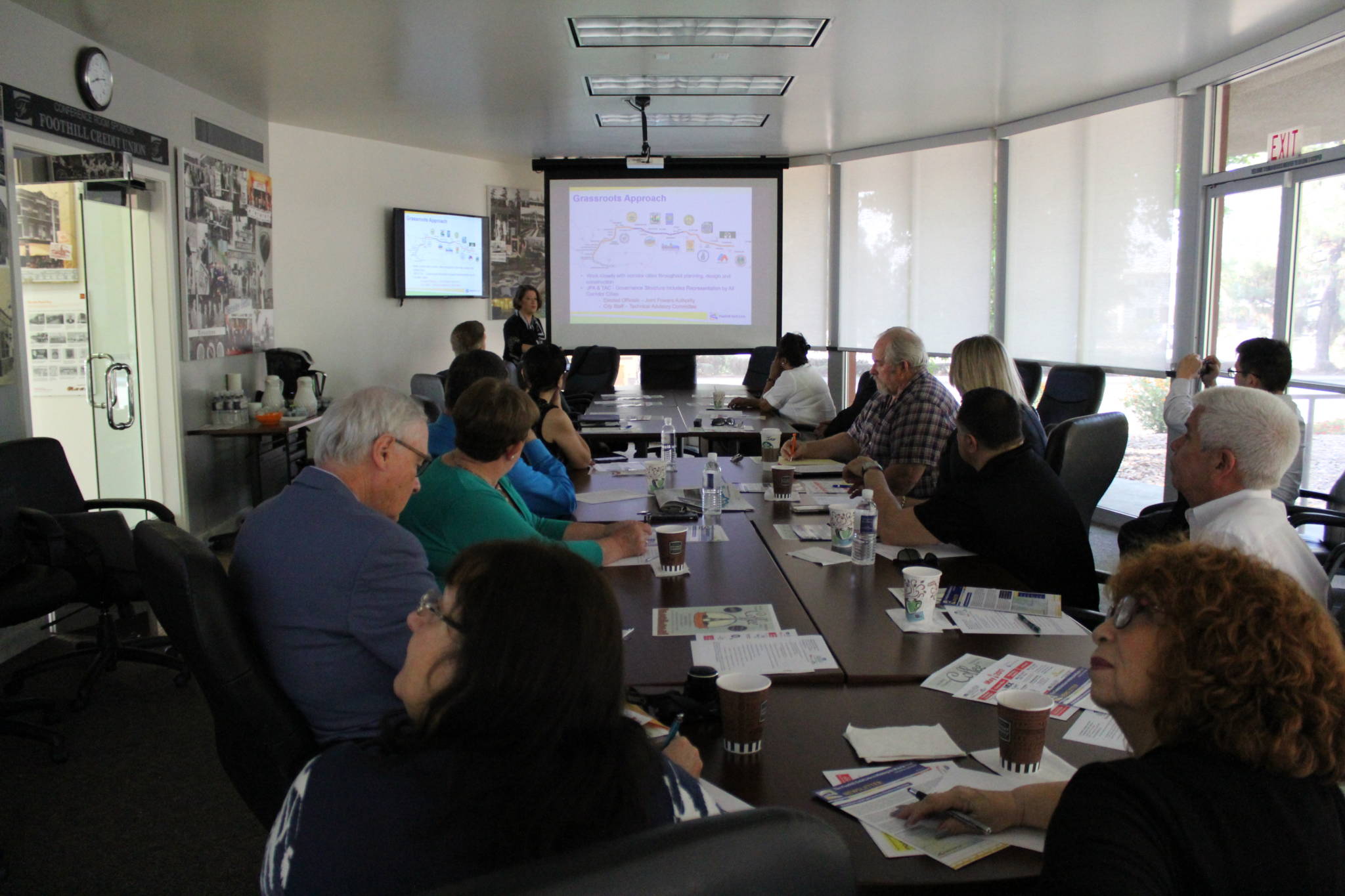 The Glendora/Montclair extension is set to break ground in October 2017 with a projected opening in 2027 and will include six stations; Glendora Station, San Dimas Station, La Verne Station, Pomona Station, Claremont Station and Montclair. Overall the project will span 12.3 miles of new Light Rail Transit and connect a total of six cities.

The creation of the Glendora/Montclair Extension is the third and last segment of the Gold Line, and as the final project developers have learned much with they are now implementing. The consistently high level of ridership has created a need for four times the number of parking spaces. All new stations will have center platforms, public entrances of on both sides of the platform and the addition of fare gates and expanded ticket vending canopies.

In order to get compliance from cities and limit its impediment of previous flows of traffic the project is planning to build a total of 21 new bridges. The Foothill Gold Line has enlisted the help of many talented artists to represent the unique history of each city. Specifically the artist contracted to create the Art Concept for the La Verne Station is constructing three stainless steel 10′ sculptures, these art pieces are meant to resemble the orchard ladders used which represent the impact the citrus industry had towards the city’s development.