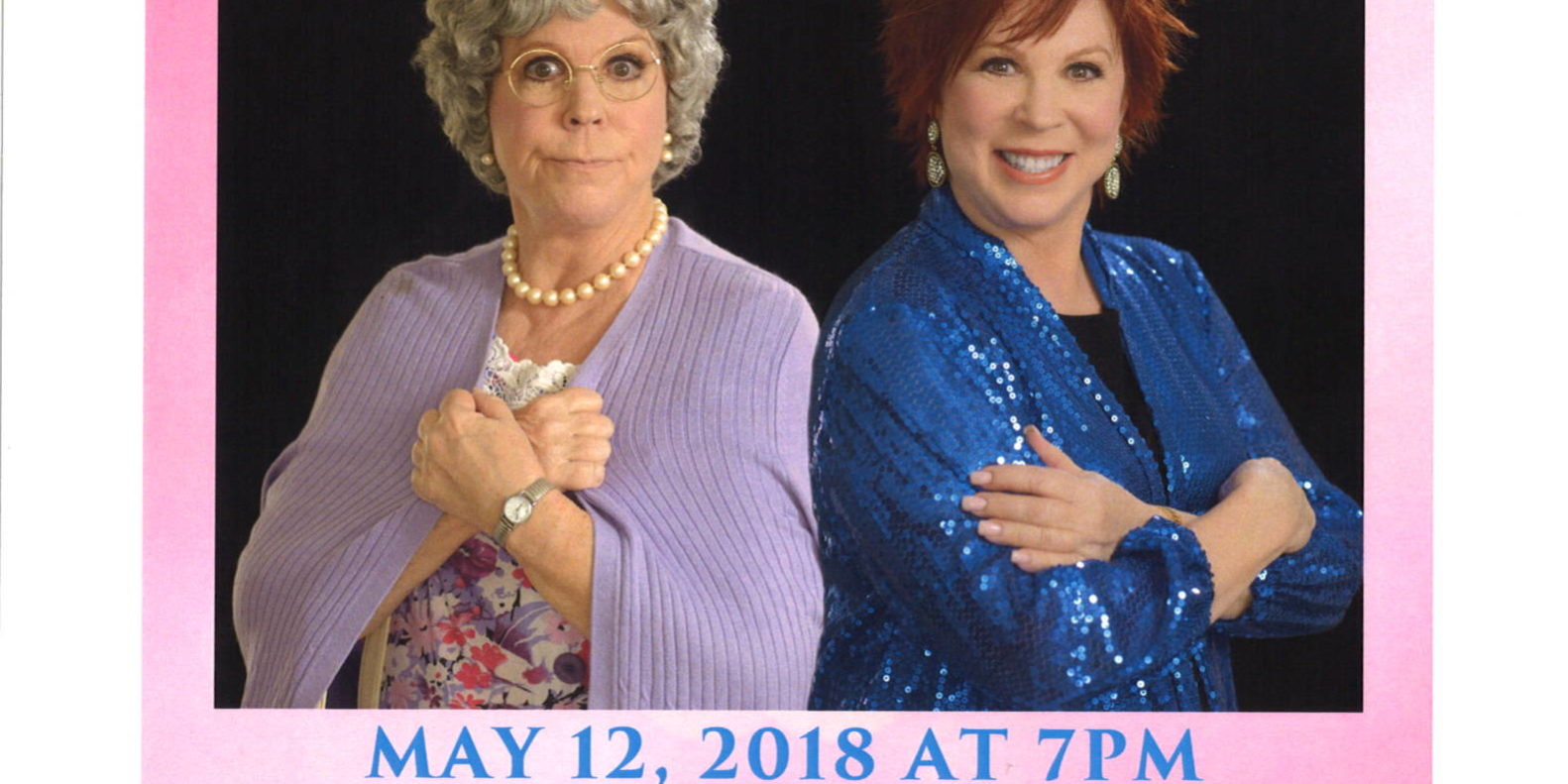 Comedian Vicki Lawrence created laughter and joy at the Arcadia Performing Arts Center on Saturday, May 12th, taking the stage and starting off doing a one woman comedy show.  But halfway through, after intermission Lawrence did a costume change and appeared as Mama from the popular 80’s TV show Mama’s Family.  Where Lawrence did more traditional stand-up comedy alongside a performance of her hit song The Night the Lights Went Out in Georgia (written by her then husband Bobby Russell), Mama read ‘questions from the audience’ that touched on current events and her thoughts on such. 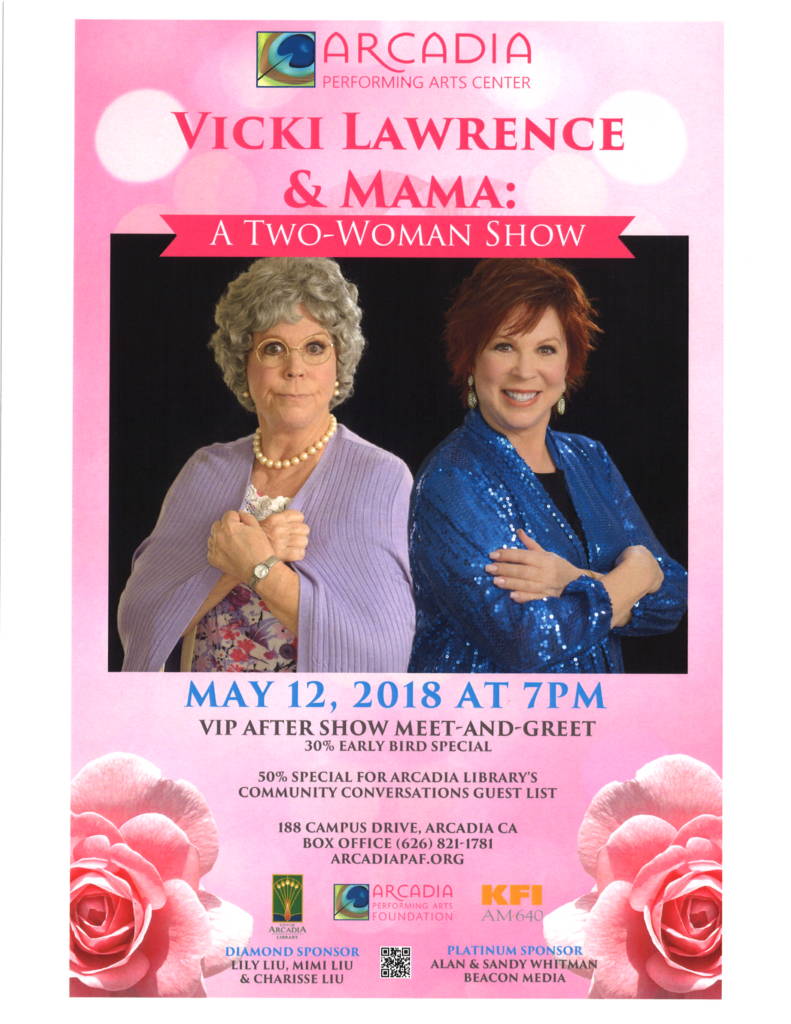 Vicki Lawrence retold the story of how she gained her fame, which did indeed start with a fan letter to Carol Burnett, who others said she resembled, though she claimed she was going more for Mary Tyler Moore at the time.  Burnett then attended a show Lawrence was appearing in, and their relationship began then.  Lawrence appeared on the Carol Burnett show from 1967 to 1978, during which she played a multitude of characters, including time as Thelma Harper, better known as Mama, who made her first appearance on Carol Burnett’s show.  Mama’s Family was actually cancelled after its second season on NBC, but another network saw potential and snapped it up.  Vicki Lawrence even took time to perform the theme to Mama’s Family, called Bless this Happy Home, which had lyrics she herself wrote, but the network found them too silly to include over the music when the show ran.  Carol Burnett herself appeared as Eunice Harper, and many other Hollywood notables appeared in the show, including Betty White as Ellen Harper Jackson and other Golden Girls alum Rue McClanahan, who played Aunt Fran Crowley.  Lawrence herself also appeared on shows such as the Love Boat and Laverne and Shirley, to name a few.

As for Mama, she had the audience rolling in the aisles with her take on the goings on in the modern era.  One would never know it has been nearly 20 years since Mama’s Family went off the air.

Vicki Lawrence is currently touring her Two-Woman show through April of 2019. For dates, please visit her website.