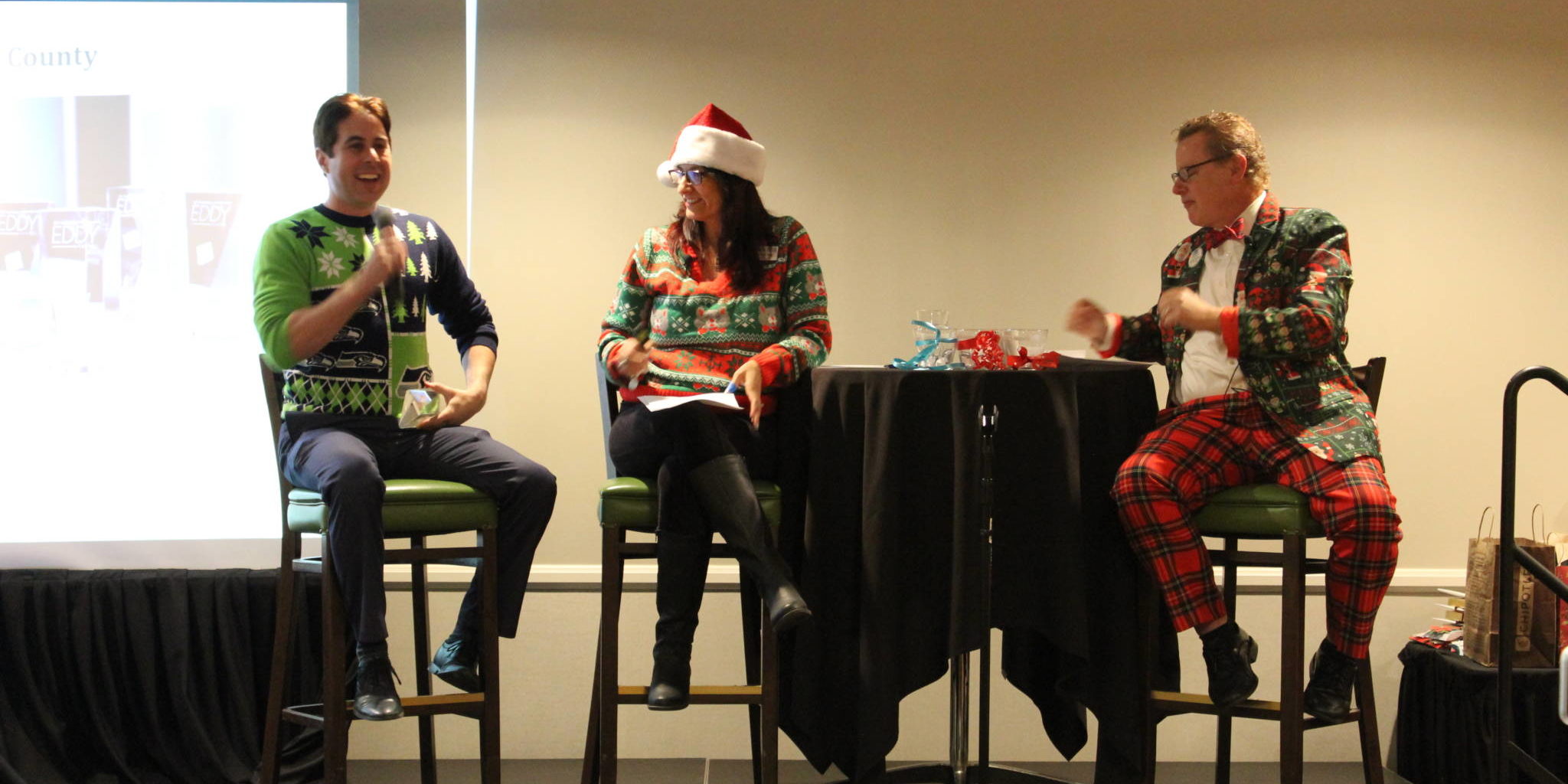 Rise and Shine Arcadia, featuring special guest hosts Karen Mac Nair (Arcadia Chamber CEO) and Andrew Cooper of the Arcadia Association of Realtors, is soon to be the next big networking event every third Thursday. With the coming of the new year and the fast approaching holidays, the Arcadia Chamber of Commerce flipped the script on attendees to the newly branded Rise & Shine Arcadia, formerly known as Networking Breakfast. Guests were seated at tables like a normal breakfast, but as the music played from DJ John Villa of Dance Syndicate, Karen and Andrew seated themselves permanently in two tall chairs at the front, announcing the beginning of today’s Rise and Shine Arcadia. The program also featured; regular commercial breaks from all those in attendance, updates on the city of Arcadia from Tim Schwehr (Economic Development Analyst, who proudly displayed the City of Arcadia’s 2017 Eddy Award), the announcement of new Chamber Event branding and a bevy of table prizes donated by Arcadia Chamber Members. 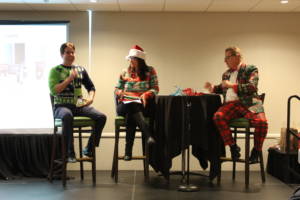 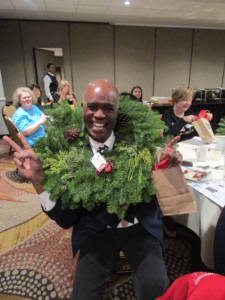 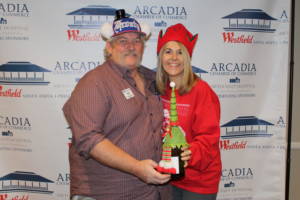 One of the newest Arcadia Chamber Members, Nathan Kirschenbaum represents Senior Helpers San Gabriel Valley. This organization provides compassionate in home care for seniors and specializes in Alzheimer and Dementia. Stefanie Shook of Two Men and a Truck and Sylvia Rosenbeger of Los Angeles County Arboretum and Botanical Garden kept it light and wished everyone a Happy Holidays. Karen Kropp of the Book Rack thanked everyone who came out during the Downtown Holiday Market and continued to walk the rest of 1st Avenue. Melody Whitehead representing Photo Solutions is now offering photo preservation techniques and, due to the recent natural disasters, she stated that people should save their precious memories. 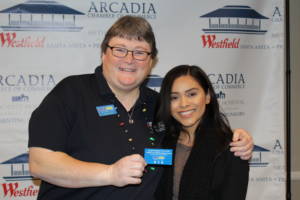