Although typically riddled with responsibility, the Superheroes of the Arcadia Chamber of Commerce were allowed a night off to celebrate one another at the Arcadia Chamber’s Installation Dinner. Setting up and hosting the event was the always dependable team at Embassy Suites by Hilton lead by the Super Planner Naomi Briones. Emceeing the night was the Remarkable Quipper Brian Greene of Methodist Hospital. The night’s festivities included the honoring of Carol Libby as the recipient of this year’s Citizen of the Year and the installation of the new 2018-2019 Arcadia Chamber Board of Directors. 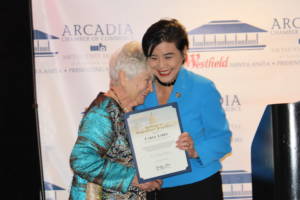 Super Citizen of the Year

Carol Libby has been the ever present beacon of light in the Arcadia Community. Her efforts have never faltered throughout her many years of service to the Arcadia Community. Her origin story begins as the first curator of the Arcadia Historical Museum. This love of Arcadia History was the culmination of two influences in her life, the first being her father who was a history professor at the University of Utah and the second being her father in law who served as a Council Member to Arcadia. Sue “The Magnificent” Cook of Podley Properties was asked to introduce Carol Libby and defined Carol’s service to the community best in the statement, “You see evidence of Carol’s work in the city throughout and everyday.” Carol received awards and recognition from the following; Arcadia’s Mayor Peter Amundson, Supervisor of LA County Kathryn Barger, and Councilwoman Judy Chu. 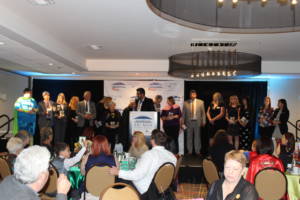 After a quick playful introduction of Mayor Peter Amundson by Brian Greene, the Executive Committee was asked to take their pledge of service to the Arcadia Chamber. The new Executive Committee includes President Romy Rahmanian of the Law Offices of Romy S. Rahmanian, President-Elect Brian Greene of Methodist Hospital of Southern California, Vice-President Sue Cook of Podley Properties, Secretary/Treasurer Naomi Briones of Embassy Suites and Immediate Past President Andrew Cooper of Arcadia Association of Realtors. 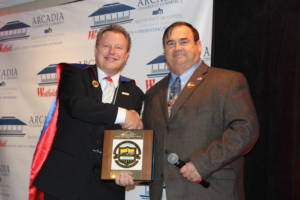 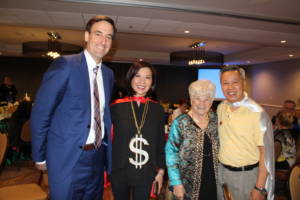 The Arcadia Chamber of Commerce would like to thank the Installation Dinner Committee for their dedication and hard work throughout the past year. The Installation Dinner Committee includes; Sylvia Rosenberger of the LA County Arboretum and Botanical Gardens, Jennifer Stone of imprintability, Vicki Knight of Century Rooter, Sue Cook of Podley Properties, Elizabeth Booth of Santa Anita Park, Brian Greene of Methodist Hospital, Donna Lee of Lifewave and Naomi Briones of Embassy Suites. 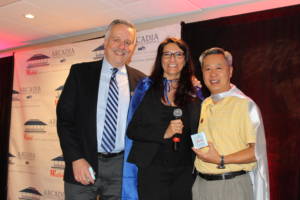