Going “Back in Time” at the Arcadia Woman’s Club 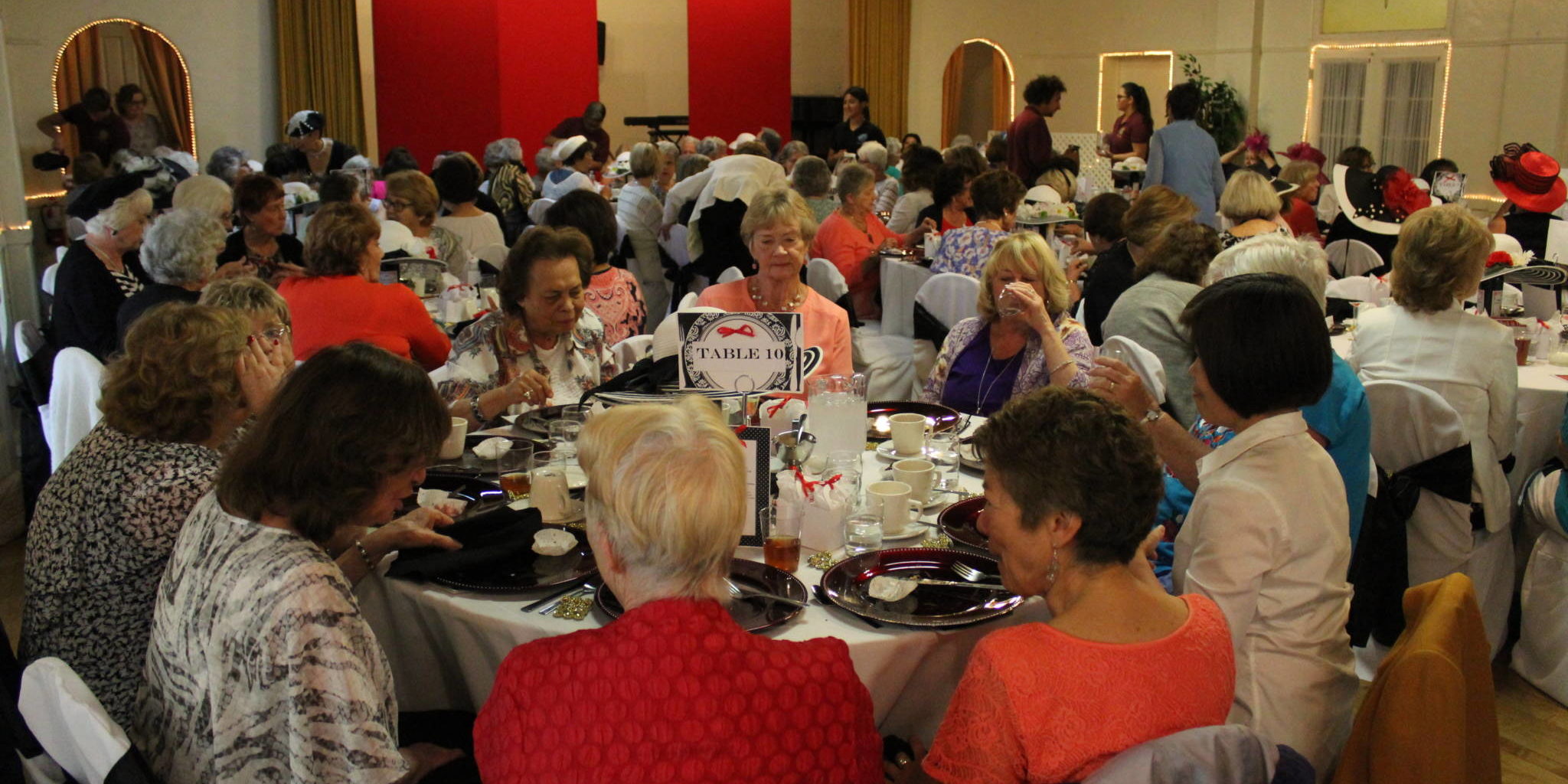 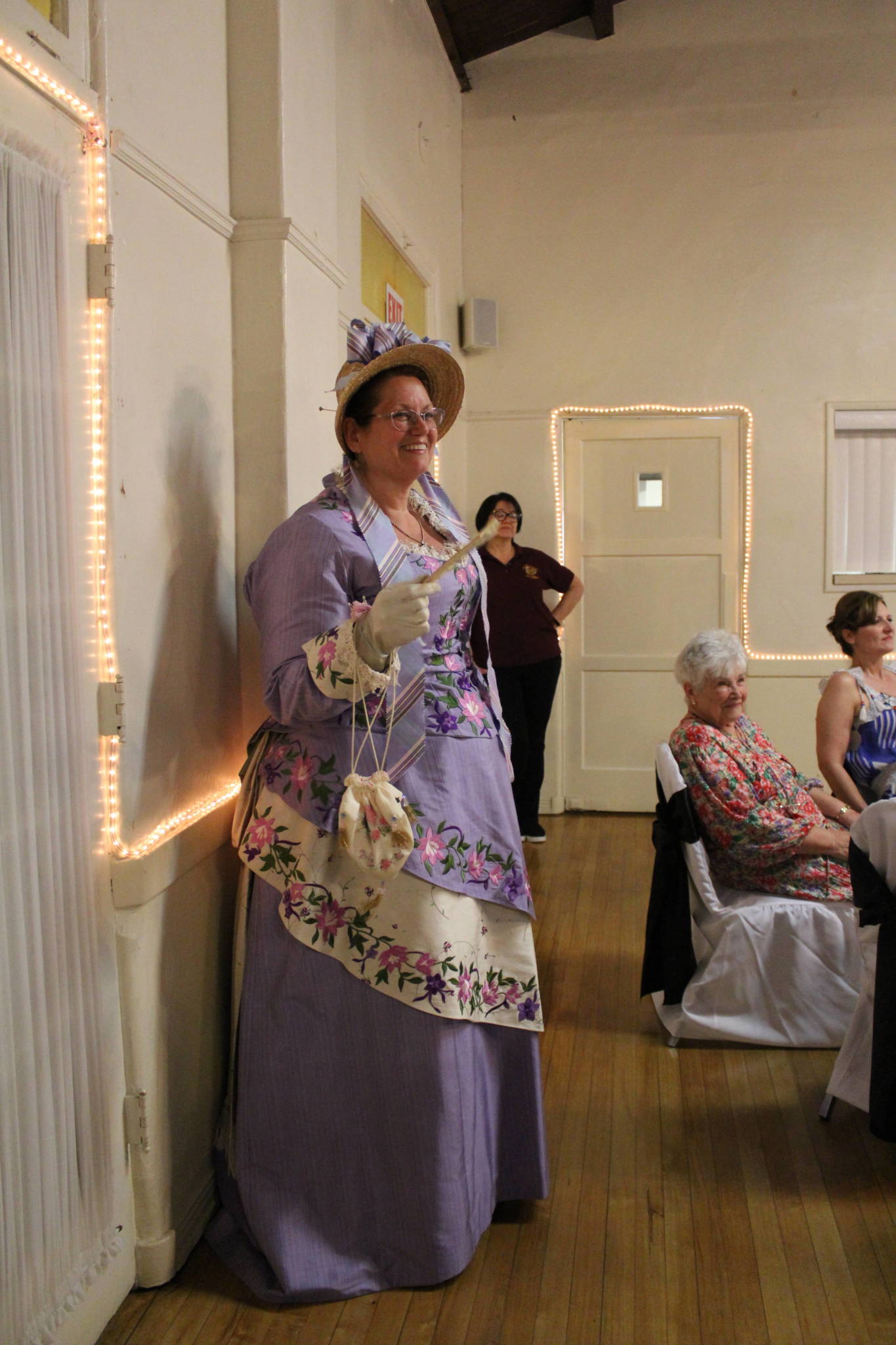 Joyce Saunders in period “Worth” gown

Saturday, April 22nd, the Arcadia Woman’s Club played host to a “Back in Time” fashion show, created and hosted by Arcadia historian, Carol Libby, who was also recently named Congresswoman Judy Chu’s Woman of the Year.  11 models showed off clothing by famous designers such as Oscar de la Renta, Chanel, Armani and Adolfo, to name a few.  Guests enjoyed a luncheon of chicken salad sandwiches and green salads before Carol Libby too the mic and announced each model and described their outfits.  Carol’s also showcased her own extensive knowledge of the designers and the fashions.  For the piece de resistance, seven models walked the runway wearing a Diane Freis outfit and presented Club President Cheryl Alberg with red roses in thanks.  Each model was able to wear various outfits, totaling 28 outfits in all. 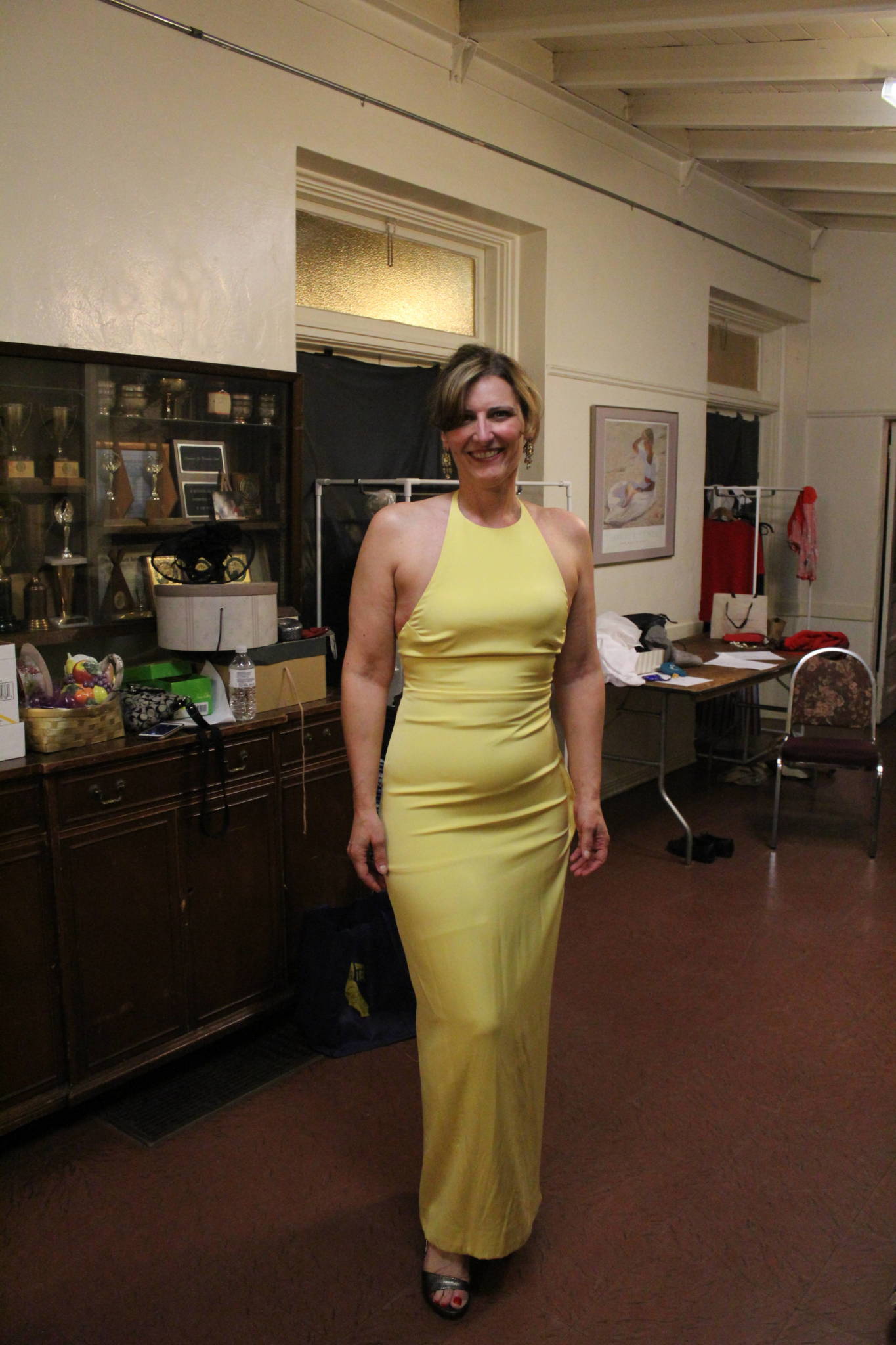 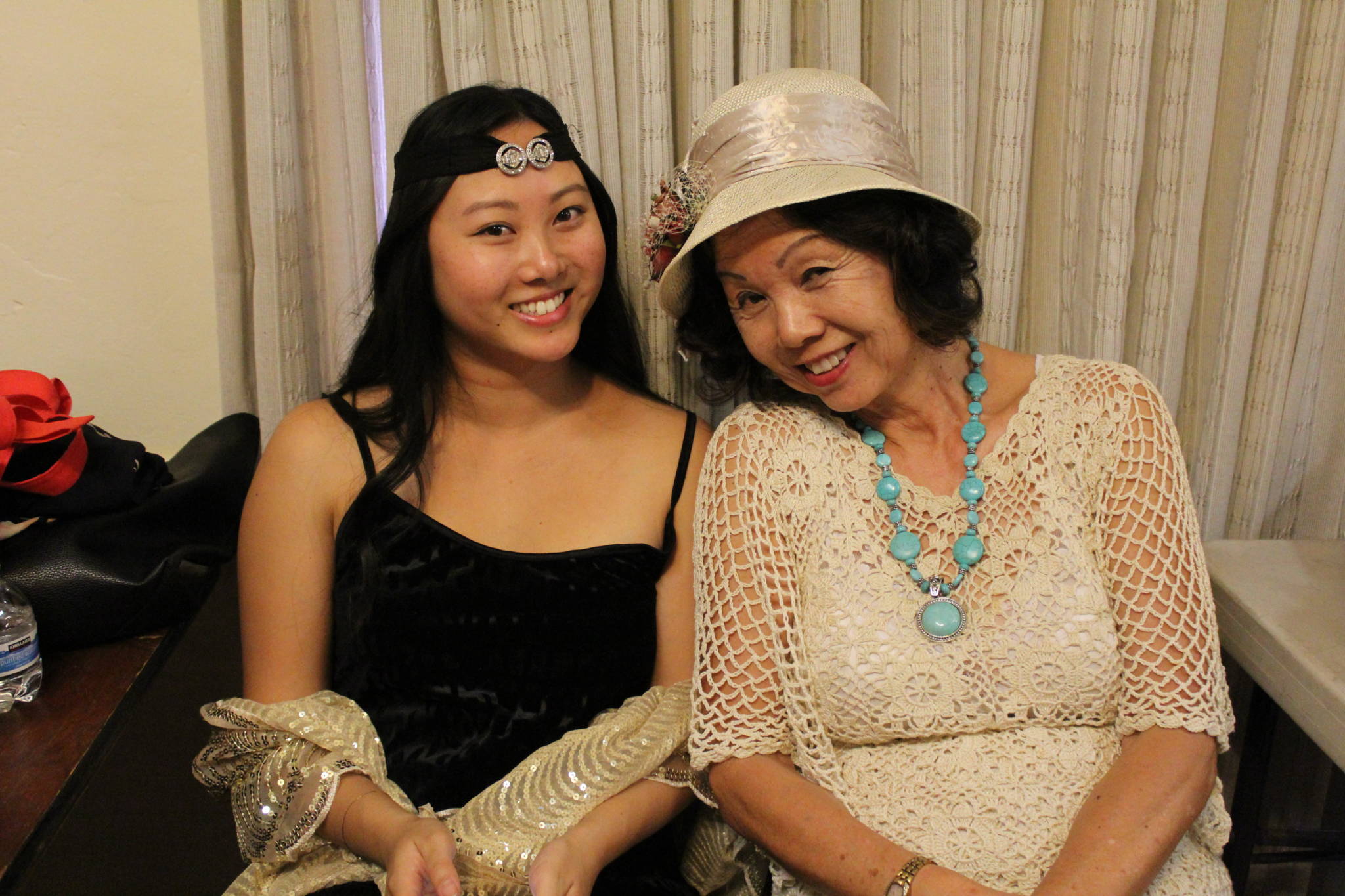 Alexis Wong in black with gold shawl, and Char Wong in crochet suit

Musician, Jay Munns serenaded the crowd, providing the music and entertainment, playing classic songs from by-gone eras, many of which audience members were familiar with and so sang along.  Lunch was served by The Senior Men and Women Service Organization of Arcadia High School.

The crowd that filled the Woman’s Club hall continued to chat and enjoy each other’s company well into the afternoon, celebrating yet another great event at this historical building.