State of the Chamber delivered at Networking Breakfast 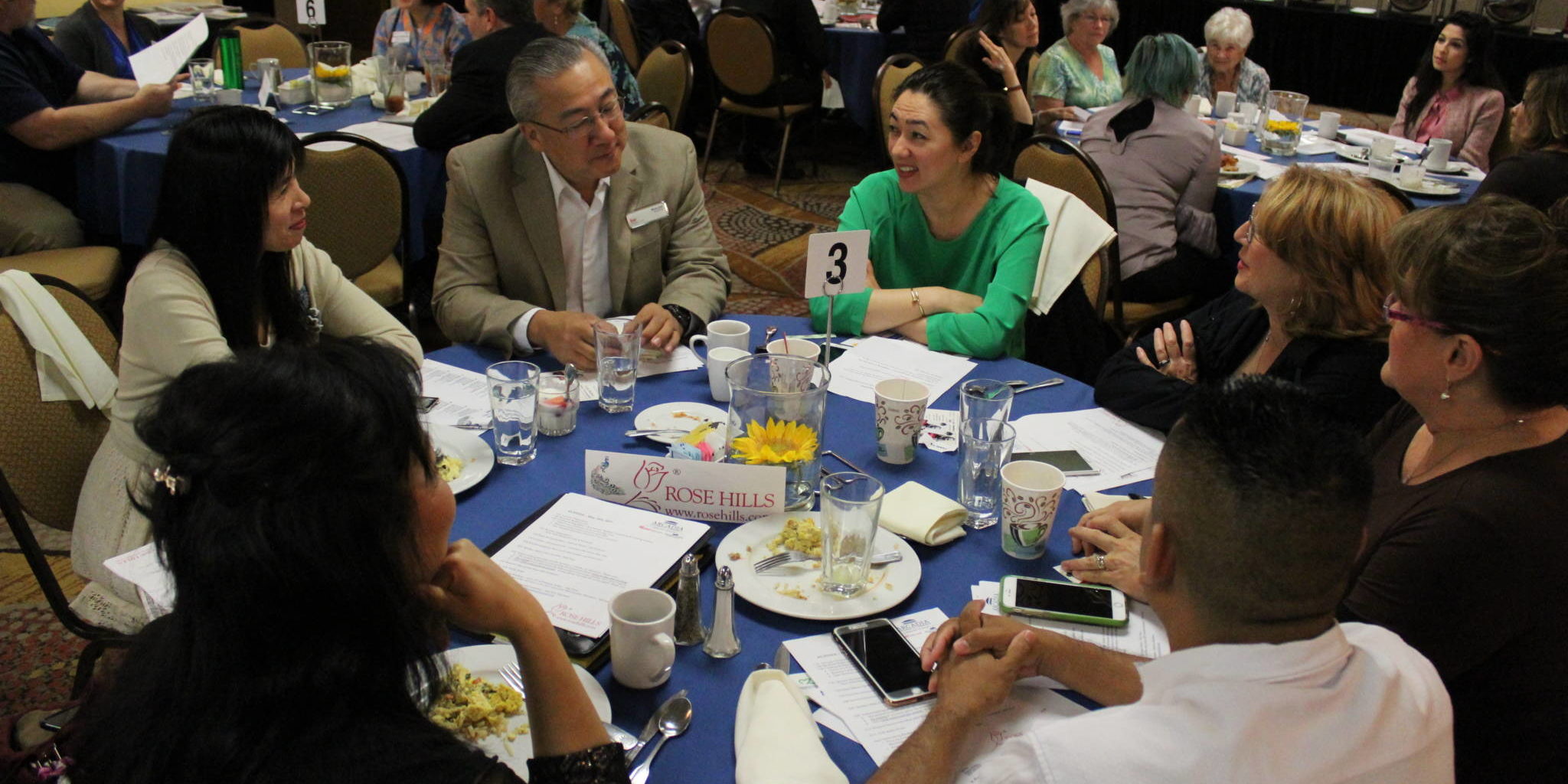 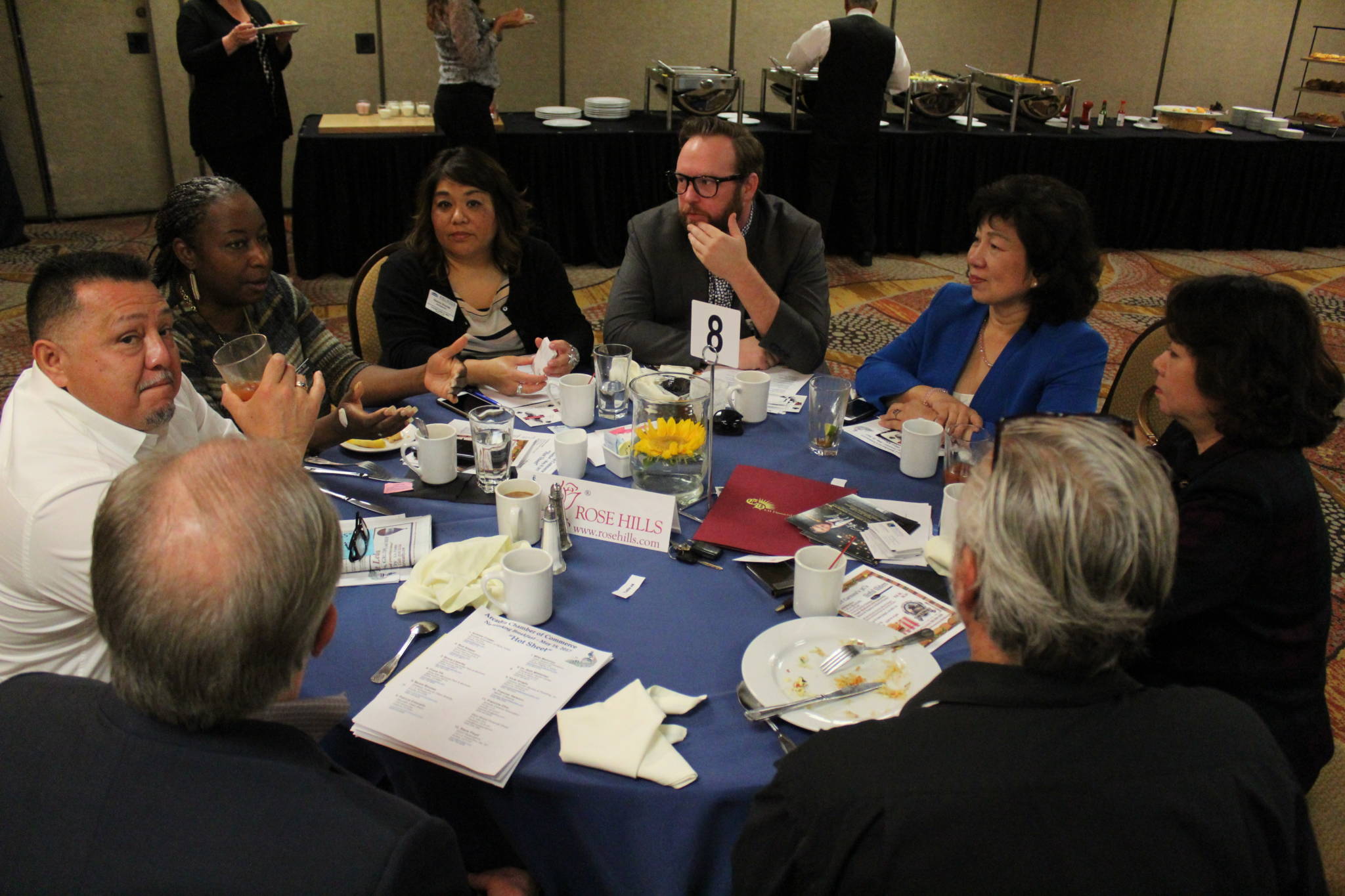 Networking was the key topic to this morning’s Breakfast hosted by the Embassy Suites by Hilton Arcadia and sponsored by Rose Hills Memorial Park. Always switching things up, Embassy Suites provided attendees to create their own Virgin Bloody Mary with sides of pickles, olives, white cocktail onions and the big hit extra crispy bacon. The morning’s agenda featured a statement from Networking Breakfast Sponsor Rose Hills Memorial Park, a 3 minute presentation by Mitch Salem of EH Financial, introductions by chamber members, Table Talk Time and a short presentation by Arcadia Chamber CEO Karen Mac Nair on the State of the Chamber.

With the coming of a new summer season comes the anticipation of a slew of chamber member summer events. Darlene Papa announced that Lifeline for Pets Pasadena recently took in two adorable kittens named Copper and Peaches who could use loving homes. The Bookrack will he having a childrens’ books sale to promote summer reading, the sale will run from June to September. David Lamb is hosting a ribbon cutting with and at the Arcadia Chamber on June 5th from 3 to 5, after the ribbon cutting David will be leading a course on CPR for those who sign up and attend. The Great Great Grandaughter of Arcadia founder Lucky Baldwin, Margaux L. Viera, announced that the Los Angeles County Arboretum and Botanic Garden will be hosting a Lucky Baldwin Poker tournament on Saturday, June 10 at 5:00 PM. Making Friday nights fun again, Jason King of Choicess is bringing back Movies in the Park. They will be kicking off the festivities on June 30, with the movie Sing. Currently the events are looking for new sponsors, if you would like to help add to the festivities by becoming a sponsor please contact Jason at (626) 359-3300.

With little time for openers Bruce Lazenby of Rose Hills Memorial Park got right to the point announcing that the facility will be holding their 97th Memorial Day Observance Monday, May 29, 2017 at 11:00 AM in the SkyRose Chapel Courtyard. The Observance is a free to attend and will feature a Flyover of Vintage Planes, Military Vehicle Displays and Remembrance Trees. Honoring the tremendous service of America’s armed forces the event will also feature a speech from  Retired LTC Marc Breslow of the US Army. For more information on taking a part in Rose Hills’ Memorial Day Observance please contact them at (323) 887-4837. 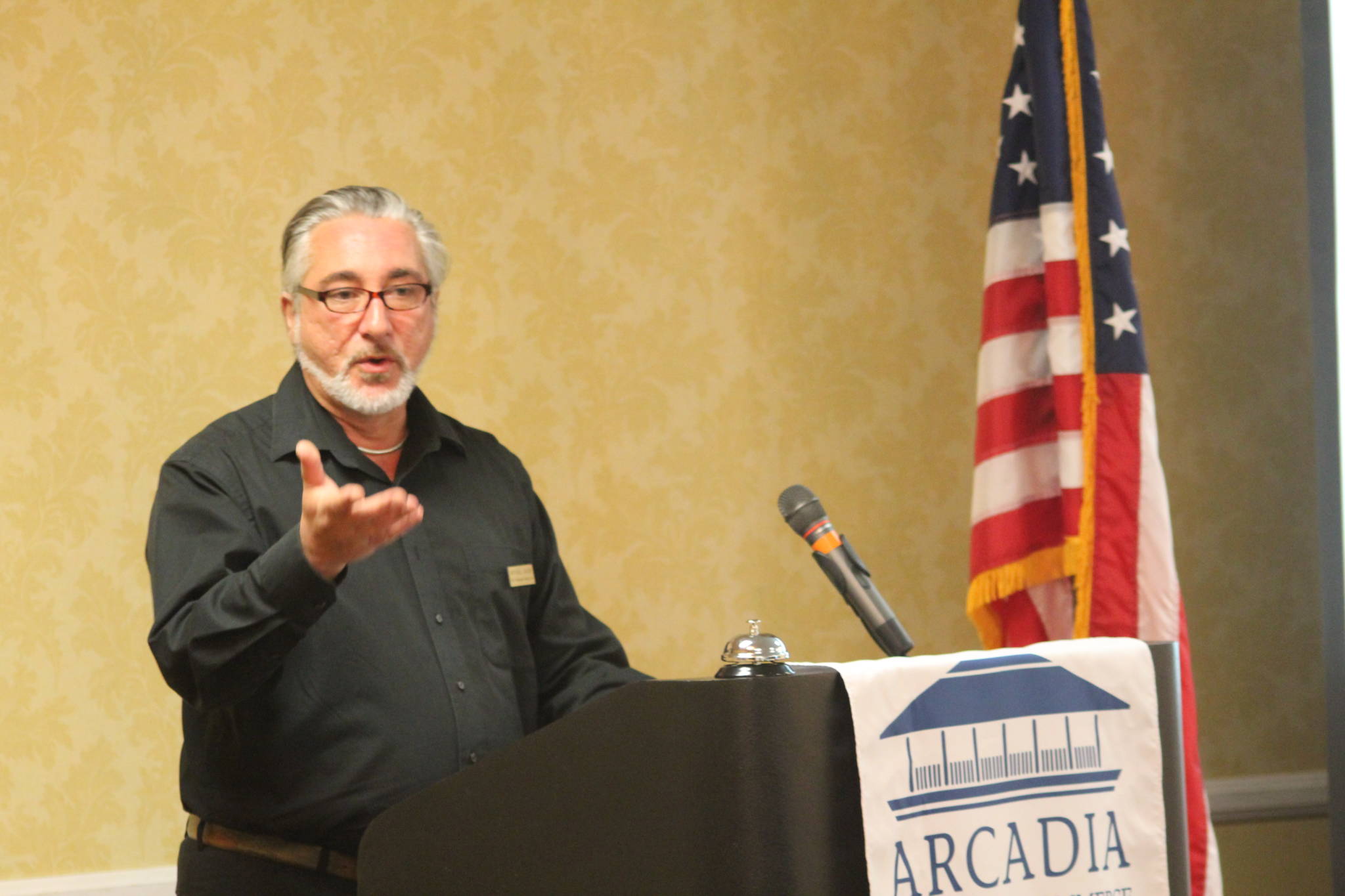 “Your retirement money can go quite far – (The) key is making good financial decisions.” This statement was delivered in a slight serious and matter of fact tone which has become so common of an earnest Mitch Salem of EH Financial. Retirement plays a critical role in everyone’s life, most people strive to arrive to the day where they are honored with a gold watch and can bask in the pursuits they have a true passion for. The team at EH Financial led by independent owner Emmy Hernandez, J.D., creates the financial planning which makes retirement a possibility. Honoring a principle to excellence and sound financial advice Emmy strives to stay ahead of the game in the financial world, she does this by attending seminars and rigorously going over new changes in the law. These efforts have resulted in the acquisition and management of over 1,100 active accounts covering 70 million dollars in assets which are under management. For more information on developing a clear financial strategy with EH Financial please call them at (626) 943-8833.

State of the Chamber 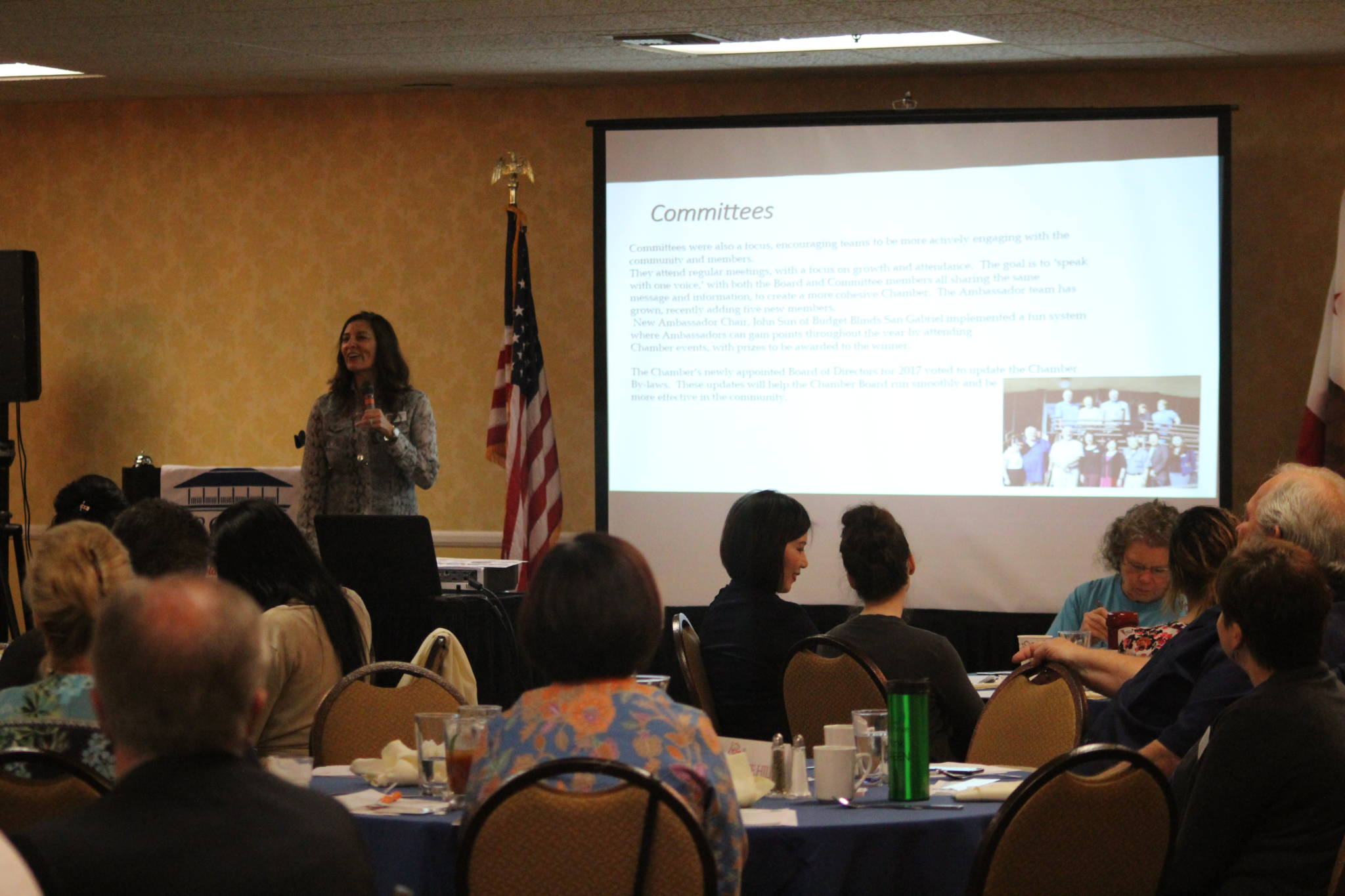 “To play a critical and integral role in maintaining a healthy business environment, contributing to the economic growth of the city, and enhancing the city’s image.” This is the mission statement of the Arcadia Chamber, it’s the point which plays a vital role in all of Arcadia Chamber CEO, Karen Mac Nair’s decisions. Through the implementation of this core principle the Arcadia Chamber has grown over the past year in attendance, membership and activity. Karen states that the next big project for the Arcadia Chamber is Taste of Arcadia. Partnering with countless sponsors and in association with the Los Angeles County Arboretum and Botanic Garden Taste of Arcadia remains the largest event which the Chamber. The scale of the festivities requires great support from a team of active volunteers which Karen mentioned to the attendees at this morning’s breakfast. For more information on how you can join the volunteer team of Taste of Arcadia please contact the Chamber at (626) 447-2159, to get updates.

Cancer Hasn’t Stopped and Neither has City of Hope
July 7, 2020