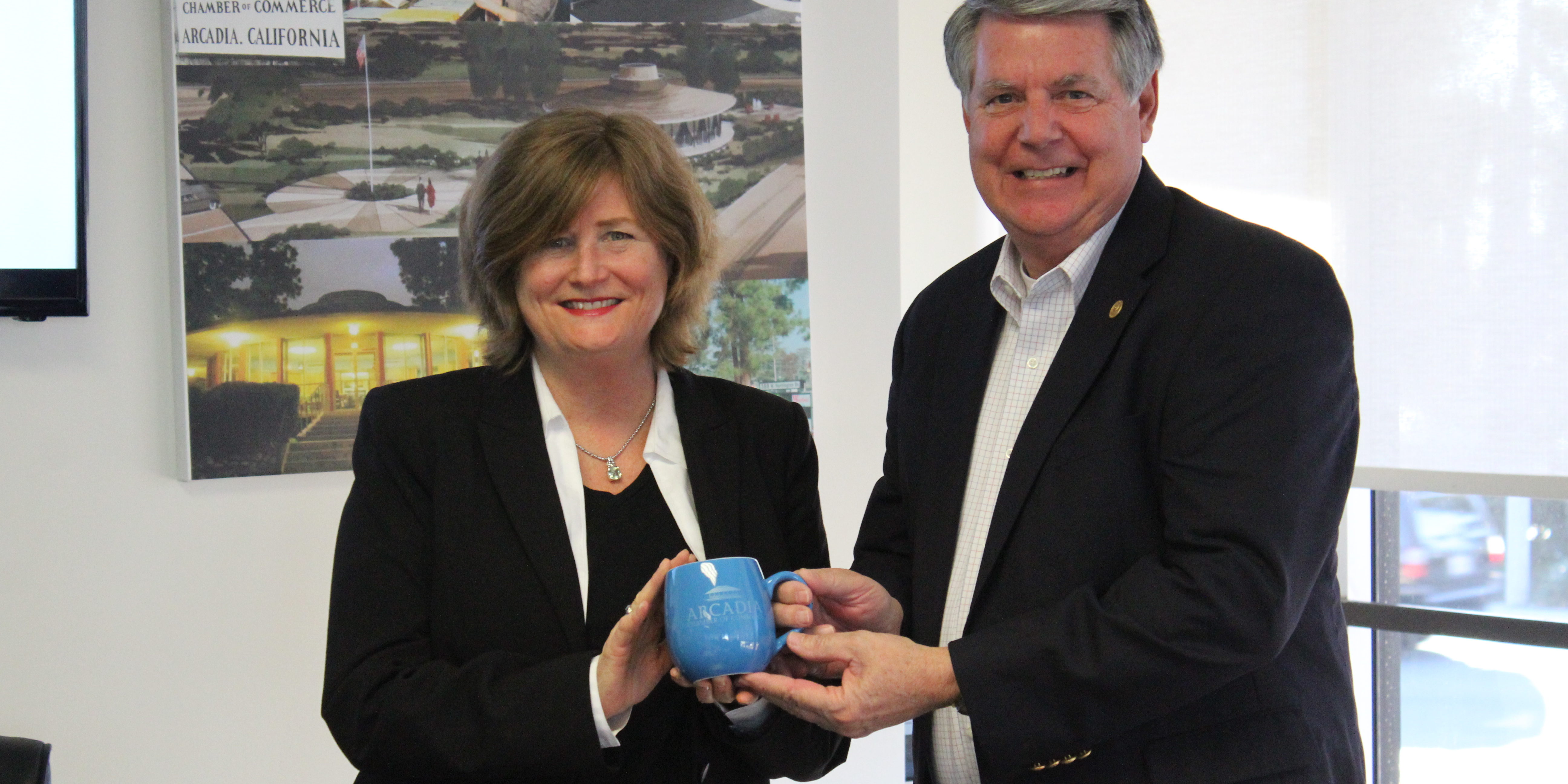 The Community of Homes continues to become more inviting through the efforts of the Downtown Arcadia Improvement Association (DAIA). This morning’s guest speaker to the January Community Connection, Donna Choi (Administrative Executive of the DAIA) gave insight into the operations of the DAIA along with their three seasonal events. In addition to this the Community Connection featured legislative reports from the local offices and reports from city officials. 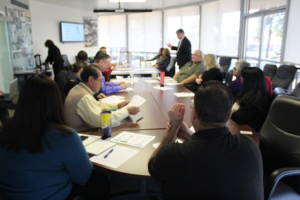 The history of the DAIA starts with their establishment in 2013 as “an official Community Benefit District to promote and improve Downtown Arcadia.” Through the efforts of the property and business owners in the group they have worked to facilitate a more active and pedestrian-friendly Downtown. This is completed through the following; retail recruitment and business attraction, retention of key businesses, improved parking and pedestrian amenities, beautification of the district, leveraging the Gold Line in Arcadia and branding the district through events. Donna illustrated the boundaries of Downtown Arcadia showing that it lies on Huntington Dr. between Santa Anita Ave. to Second Ave., and through First Ave. between Santa Clara St. to California St.

The DAIA’s efforts can be seen throughout Downtown Arcadia and the business community. Much of the upturn in business of the Downtown Arcadia is the result of Donna and the DAIA’s strategic planning. Other than this though the accomplishments of the DAIA can be seen in; their installation of bike racks along Huntington Dr. and First Ave., the pressure washing of the district sidewalks, the composition of letter of support for district businesses, the production of new downtown maps and contribution to Arcadia Weekly on Downtown Arcadia.

The DAIA hosts three signature events a year; the Holiday Market in December, the Patriotic Festival in July and a Halloween Harvest Festival in October. The Holiday Market held in Arcadia Transit Plaza reaches a good percentage of the Arcadia Community who come out to visit with Santa, engage in the many family activities and shop at the local craft booths. In July the DAIA works with most of the local businesses and community groups to host its Patriotic Festival, the event features a craft fair and ceremony. The Halloween Harvest Festival is the newest event and features a grand Costume Contest on the stage of Arcadia Transit Plaza, as well children are welcome to visit booths and go Trick of Treating at the many businesses in Downtown Arcadia.

The DAIA is always looking to partner and establish mutual growth for the businesses in Arcadia, for more information please contact Donna Choi at 323.383.4298.

A Chamber Member in the New Year’s Parade by Michael Lucas
December 20, 2021